"I look forward to being a part of it," Ali Fazal is mighty excited about his new movie Death On The Nile 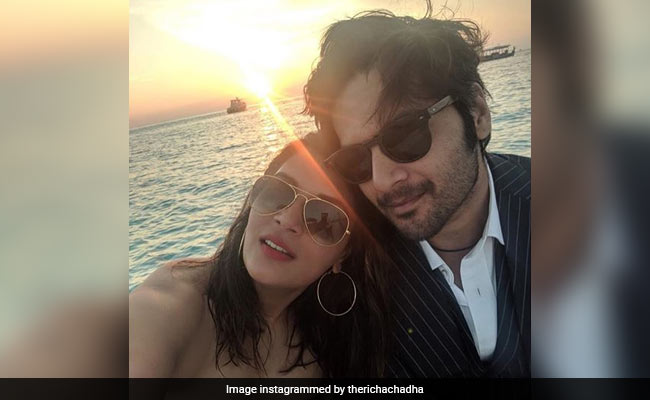 Ali Fazal has been trending all of Thursday morning and rightly so because the 32-year-old actor just signed the dotted line for a 20th Century Fox production. Ali Fazal will now co-star with 'Wonder Woman' Gal Gadot in an upcoming adaptation of Agatha Christie's novel Death On The Nile. Confirming the news, an excited Ali Fazal said in a statement that he has always been a huge Agatha Christie fan: "Yes, I am part of this wonderful journey and I look forward to being a part of it. My mother and I have always been huge fans of Agatha Christie novels."

Now, there's someone else who is perhaps more excited that Ali Fazal himself - his girlfriend Richa Chadha, who has been re-sharing newspaper cut-outs of the big news on Twitter all morning. "My baby strongest?" she wrote in one such tweet and added the heart-eyed emoji. Death On The Nile is not a sequel but a follow-up to 2017 blockbuster Murder On The Orient Express, which is also an adaptation of Agatha Christie's thriller of the same name.

Ali Fazal will, in fact, be the third Indian to star in a film version of Death On The Nile - I S Johar and Saeed Jaffrey appeared in the 1978 film which starred Peter Ustinov as the detective Hercule Poirot and included Bette Davis, Mia Farrow, Maggie Smith, Angela Lansbury and David Niven in its ensemble cast. I S Johar played the manager of the cruise boat on which events unfold; Saeed Jaffrey had an uncredited role as one of the boat crew. Ali Fazal's role in the new film has not been revealed.

Death On The Nile, which is a gripping mystery about a series of murders onboard a Nile cruise boat after a love triangle goes wrong, will yet again be directed by Kenneth Branagh, who helmed the first part. He will reprise his role as Hercule Poirot. Gal Gadot has been cast as Linnet Doyle, the murder victim, while Armie Hammer will play her husband Simon Doyle - their characters make up two parts of the love triangle. Death On The Nile will also feature Black Panther star Letitia Wright. Russell Brand and Annette Bening are reportedly in talks to come on board.

Death On The Nile is expected to go on floors later this month and will be shot across London and parts of Europe.

The international audience is familiar with actor Ali Fazal because of 2017 biographical comedy-drama Victoria And Abdul, in which he shared screen space with Dame Judi Dench. Ali Fazal has also had a cameo in Furious 7.