Richa Chadha Says Giving In To Casting Couch 'Would Have Made Life Easier' But... 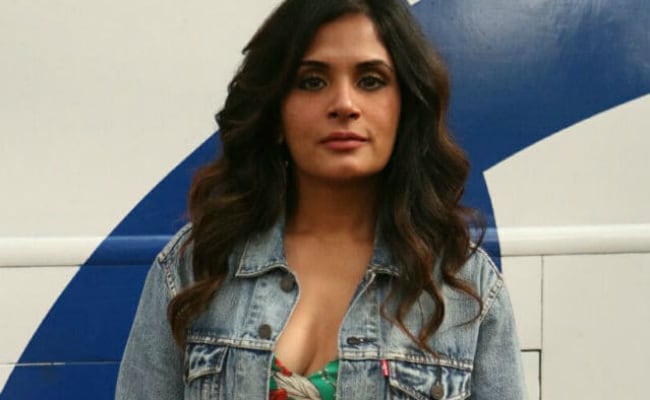 Actress Richa Chadha, who has previously opened up about having encountered casting couch experiences in Bollywood, addressed the issue yet again in a recent web series, reported news agency IANS. When Richa was asked if she's witnessed casting couch first-hand, the 31-year-old actress said: "Oh yes, absolutely, a couple of times." The Fukrey actress revealed about her brush with casting couch from when she was as aspiring actress and said: "I have felt like they were really low rung idiotic morons. Although, I was just starting out and it would have made my life easier that is not the path I will ever choose because I feel this is an art form and there has to be some amount of purity in it," reported IANS.

During the show, Richa, however, also added that while unprecedented approaches and proposals in the film industry are an inevitable part of it, newcomers must not necessarily succumb to the casting couch. "It is something that women and men, who want to get into the business, must know - I have only got roles based auditions or if somebody has seen a film of mine and I have been cast again. It is like taking the stairs as opposed to taking the elevator, but it's possible," she said, reported IANS.

Earlier this year, Richa Chadha was at the receiving end of massive backlash after she appeared to defend choreographer Saroj Khan's comment on sexual harassment in Bollywood: "I think people are making mountain of molehill. There's narrative that people in Bollywood are the worst and indulge in malpractices which isn't the case. She meant to say it takes place in all industries, why is Bollywood being singled out?" Richa had said after Saroj Khan's largely condemned statement: "At least the film industry provides work and doesn't rape and abandon you."

In December 2017, the Masaan actress boldly stated that she could reveal names of certain people involved in casting couch if her "safety and future can be secured." Speaking to news agency PTI, she said: "If you give me pension for life, take care of my safety, my family, ensure I'll continue to get work in films and TV or whatever I want to do, my career will grow unabated as it is right now after I name and shame somebody, sure I will. Not just me, million others will do that. But who will do it?"

On the work front, Richa Chadha will soon be seen in an interesting role in Love Sonia, which releases in India in September. She is best known for films like Masaan and the Gangs of Wasseypur and Fukrey series of films.