Richa Chadha Explains Why She Broke Down While Filming Section 375

Richa Chadha said, "We have all experienced harassment, so I felt deeply about the issue." 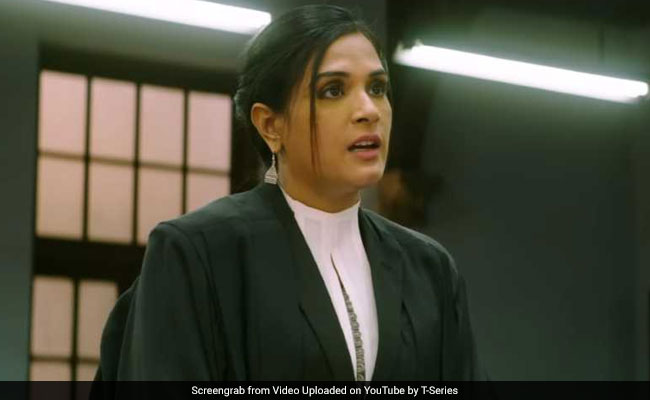 Actress Richa Chadha, who plays a lawyer defending a sexual assault survivor in upcoming film Section 375, said at the film's trailer launch event that she broke down while filming a courtroom sequence and her co-star Akshaye Khanna and director Ajay Bahl suggested she took an early lunch break to calm down. "We have all experienced harassment, so I felt deeply about the issue. On the set, I broke down emotionally while reciting my dialogues, but then Ajay and Akshaye told me to take an early lunch break so that I could control my feelings. It was a very challenging role but I believed in the story. So, I hope that audience will also appreciate our effort after film's release," she said, reported IANS.

In Section 375, Richa and Akshaye play rival lawyers - while Richa defends a sexual assault survivor, Akshaye plays the attorney of the filmmaker accused of the assault. "I feel good scripts are few and far in between, so when you get a good script you feel tempted to be a part of that film. I deeply admire everyone who has worked with me in this film. Earlier, I have played characters which were abusive and intense but this is first time I felt that I am playing a normal character who is a lawyer so, I was excited about it," Richa said.

Section 375 also stars Meera Chopra and Rahul Bhat and the film will open in cinemas on September 13.