Akshaye Khanna On New Film Section 375: 'It's Relevant And May Start A Debate'

Akshaye Khanna says, "I feel this film gives a holistic view of a particular case, whether you are a part of defense or prosecution." 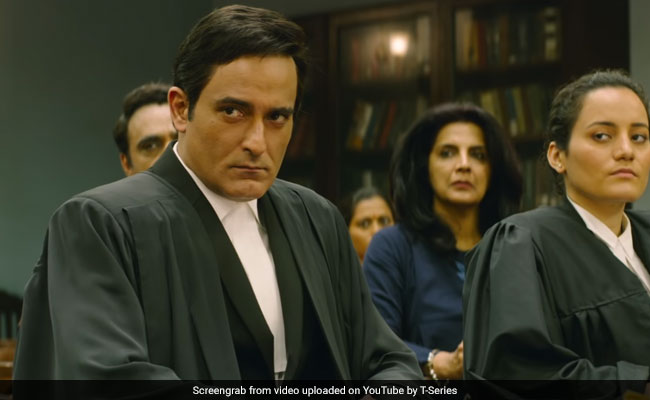 "I feel the story of this film is relevant because, no matter which year you are living in, it concerns what is happening all around. I feel this film gives a holistic view of a particular case, whether you are a part of defense or prosecution, whether you are the judge or a normal person viewing it on television and reading about it in newspapers. So, all these angles have been taken into consideration while writing (the film)," he added.

Section 375 is based on Section 375 of Indian Penal Code laws in India and actress Richa Chadha plays rival lawyer opposite Akshaye. Richa is the attorney for the junior costume designer (played by Meera Chopra), who has accused a filmmaker (played by Rahul Bhat) of sexually assaulting her.

The trailer of Section 375 dropped on the Internet on Tuesday:

Section 375 is scheduled to release in India on September 13.