"If I had to start a love rumour to promote the film, I would have done it with Choocha," said Richa Chadha 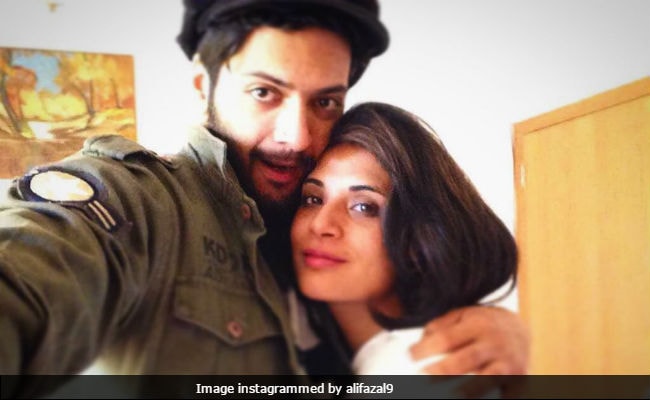 New Delhi: Star couple Richa Chadha and Ali Fazal have been "in a happy space since a long time" , as was told to mid-day, and no thanks, they do not need to spark "love rumours" to promote their new film Fukrey Returns. In an interview with mid-day, Richa Chadha addressed reports stating that her relationship with Ali Fazal is a publicity gimmick as part of promotional duties for her recently released Fukrey Returns. The 31-year-old actress set the record straight, telling mid-day that rumours of an affair with Varun Sharma (who plays Choocha in the movie) would have worked out better in favour of the movie than with Ali Fazal.

Couldn't be more proud !!! @alifazal9 ! You held your own. Magnificent in the film and in a magnificent film !

Choocha is known to admire the deadly Bholi Punjaban (the character Richa Chadha plays) in the movie. Ali Fazal and Richa Chadha co-starred for the first time in 2013 film Fukrey, since when they are said to be dating. "Ali and I never wanted to talk about [our relationship] publicly because we knew this is how people would react. People should use their brains before passing comments. I hope they get the right message after reading this," mid-day quoted Richa as saying.

Promoted
Listen to the latest songs, only on JioSaavn.com
Ali Fazal and Richa Chadha have never really confirmed their much speculated relationship status but it was in September this year, when the actor posted a loved-up selfie with Richa, saying: "Hai toh hai". Earlier this year, the Fukrey co-stars featured in top trends after Richa Chadha dropped by at the premiere of Ali Fazal's Victoria And Abdul at the 74th Venice Film Festival. They were also photographed walking around hand-in-hand. Richa and Ali dropped all hints about being a couple at the premiere but never affirmed it to the media and now, she told mid-day that "it was obvious that I would not go so far if we were only friends". "But I feel it's always good to avoid conversation about it as it preserves the sanctity of the relationship," added Richa.

One of my favourite pictures.

Previously, Both Richa and Ali dismissed rumours about the 3 Idiots actor had a "secret girlfriend somewhere", tagging the reports as "fiction" and "misogynistic." Richa and Ali's Fukrey Returns, released almost two weeks ago, has made over Rs 60 crores so far.