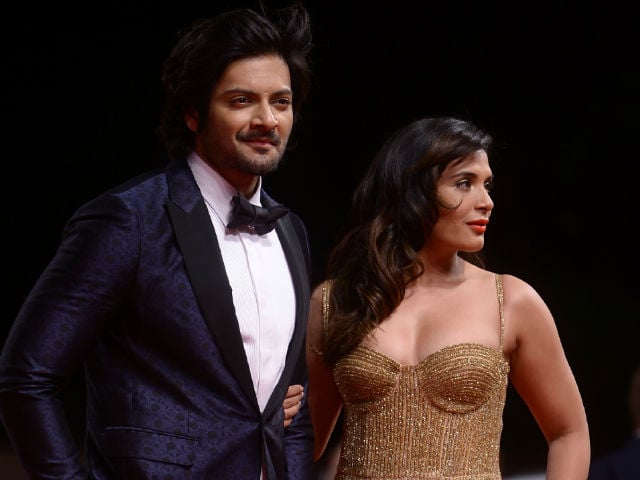 New Delhi: A day after Ali Fazal slammed reports about a 'secret girlfriend' in Los Angeles, the Bobby Jasoos actor told Hindustan Times that he is 'very, very happy' being 'friends' with Richa Chadha. The Fukrey co-stars are reportedly dating and Ali sort of confirmed the rumors when he said: "It's our friendship, which grew over time. It's so easy for everyone to fit us in a genre and label it love. Love is when we last, so the hope is that we arrive somewhere close to that. I just hope this is the last time I will be disclosing status on my personal life. We don't want to jeopardise our little friendship. But am happy, I am very happy."

Richa Chadha recently accompanied Ali fazal to the premiere of Victoria And Abdul at the Venice Film Festival. They shared many pictures from the film festival:

Couldn't be more proud!!! @alifazal9 ! You held your own. Magnificent in the film and in a magnificent film !

Promoted
Listen to the latest songs, only on JioSaavn.com
When they were in Venice, Richa and Ali came across a media report which claimed that Ali Fazal is dating someone in Los Angeles and the actor slammed the report saying: "That's so mysogynistic. Is that how men of B town like to say it? Stashing women? Even if i did, I'd find a respectful word for it dear. Be kind" while Richa laughed it off saying: "Always did love reading fiction."

Richa Chadha and Ali Fazal will reunite for the sequel of Fukrey. Richa currently stars in Amazon Original Series Inside Edge while Ali was last seen in Victoria And Abdul.