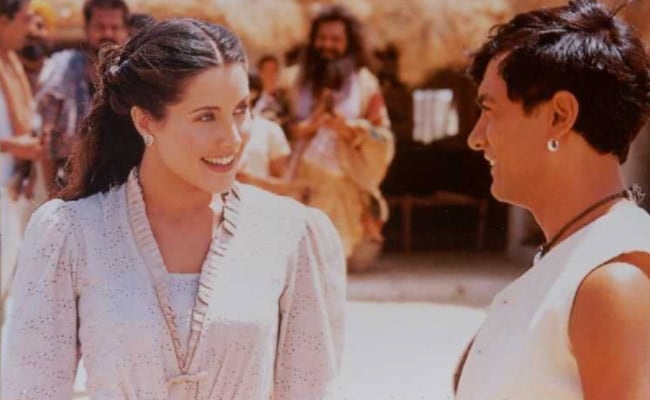 Aamir Khan and Rachel Shelley on the sets of Lagaan

Remember Elizabeth Russell from Lagaan? As the only kind-hearted soul in the English ranks in Aamir Khan's iconic period drama, actress Rachel Shelley won the hearts of cinema lovers with her grace and charm. Lagaan was released 2 decades back when we didn't had the luxury of getting glimpses of cine stars' life through social media platforms. So, Rachel Shelley always remained Elizabeth for Lagaan fans, with not much of her other work known to the Indian audience. But fans of Aamir Khan were in for a special surprise on Wednesday when they chanced upon an Instagram Stories post by Aamir Khan Productions wishing Rachel Shelley on her birthday.

Following Aamir Khan's withdrawal from social media, it is the official page of Aamir Khan Productions that has turned into a one-stop shop for all updates and messages from the actor. Sharing a still of the actress from the film, the post was simple with “Happy Birthday, Rachel Shelley” as the caption. 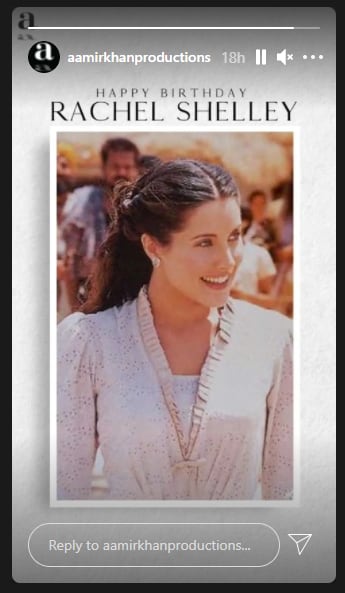 In addition to the Oscar-nominated film Lagaan, Rachel Shelley has appeared in a host of other popular and well-loved television shows and films in her career. Born in England, Rachel Shelley is best known for work in the film Photographing Fairies and the series The L Word. In the last decade, she had appeared in critically acclaimed series such as Once Upon A Time and Grantchester.

When she is not acting or writing, Rachel Shelley loves to go for a swim and spend time with her husband, director-producer Matthew Parkhill, and their daughter Eden. If Rachel Shelley's posts on Twitter are anything to go by, the actress has only become more stunning with age and is raring to go as she embraces new projects.

Here's wishing the stunning actress a happy birthday and a great year ahead.