From Team Lagaan, A Heartwarming Tribute To "Players Who Aren't With Us Today"

"Thank you from the entire team and remembering you with lots of love," Aamir Khan Productions shared a heart-warming tribute 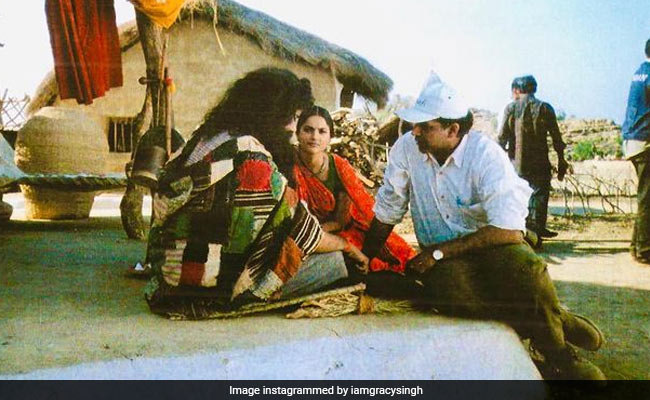 Aamir Khan Productions remembered special members of Team Lagaan in a heartwarming tribute - members, who are no longer with us today. The tribute is a beautiful video montage, remembering not only late actors but also members of the film's cast and crew, who died over the years. The tribute to Team Lagaan begins by remembering Jhamu Shugand, who had co-produced and co-presented the movie - he died in 2008. Late choreographer Saroj Khan, who choreographed the song Radha Kaise Na Jalefeaturing Gracy Singh and lead actor Aamir Khan, also finds a special place in the video and so does costume designer Bhanu Athaiya. Saroj Khan and Bhanu Athaiya died last year within a gap of a few months. Bhanu Athaiya won the Best Costume Design National Award for Lagaan in 2003.

In the video posted by Aamir Khan Productions, tributes were also dedicated to actors such as Shrivallabh Vyas, who played Ishwar Kaka, and Rajesh Vivek, who was cast as Guran. The Lagaan-special tribute video also remembers Aamir Khan's longtime assistant Amos, who died of heart attack last year.

Describing the sentiment behind sharing the tribute on 20 years of Lagaan, the production team wrote: "Remembering our players who aren't with us today but without whom Lagaan wouldn't have been possible. Thank you from the entire team and remembering you with lots of love."

June 15 this year marked 20 years of Lagaan - to celebrate exactly that, the film's team had a reunion of sorts. Given the pandemic situation, the reunion was a virtual one but was attended by not only the film's lead star Aamir Khan but also British actor Paul Blackthorne - remember Captain Russell? The Zoom call was also joined by British actress Rachel Shelley, who was cast as Captain Russell's sister Elizabeth.