20 Years Of Lagaan: Aamir Khan Says He Gave His "Most Unprepared Performance" In The Film

Lagaan: The film was nominated under the Best Foreign Language Film at the Academy Awards in 2002 and won 8 National Film Awards back home 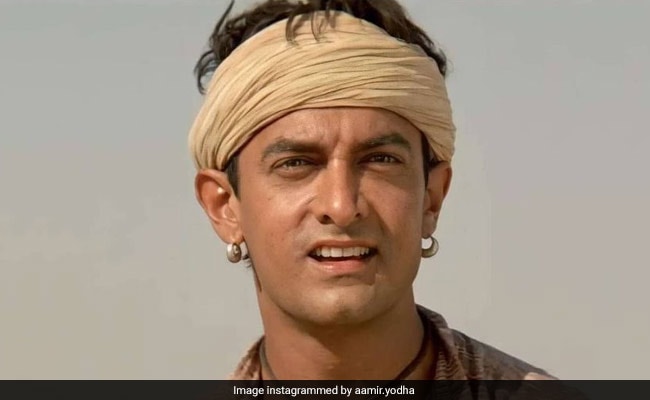 Lagaan: Aamir Khan in a still from the film. (Image courtesy: aamir.yodha)

Would you believe if we say that the Oscar-nominated 2001 film Lagaan is Aamir Khan's "most unprepared performance"? Quite difficult, right? But it is true. In an exclusive interview with Hindustan Times, Aamir Khan revealed that because Lagaan was his first film as a producer, he "couldn't prepare as an actor" for the film. Lagaan, which released 20 years ago on June 15 in 2001 and was directed by Ashutosh Gowariker, is one of the epic sports movies made in Bollywood. Talking about how fulfilling his role as a producer on set impacted his performance as an actor in the film, Aamir Khan told the publication: "I think my lack of prep in Lagaan, I can honestly blame it on my work as a producer (the actor chuckles). Itna kaam tha as a producer ki main as an actor prep nahi kar paaya."

"Also, it was the first film I was producing, and I was paying more attention that nothing goes wrong. So, Lagaan is probably my most unprepared performance, as a result," he added.

In the interview, Aamir Khan also shared that he had doubts about the film initially. "Ashu (Ashutosh Gowariker) had given two films before this (Pehla Nasha and Baazi), which weren't so successful. So, while I trusted him, his script and his ability that's why I was going ahead, par kahin par ek darr bhi lagta hai ki, yeh beeda utha kar humne kono galti toh nahi ki," Aamir said laughingly.

On 20 years of Lagaan, Aamir Khan also shared that he "struggled with his diction" in the film and he "would literally learn his lines on a day before the scene was to be shot." Lagaan, set in the pre-independence era, showcases the story of a small village, whose inhabitants challenge the British Army officers to a game of cricket to avoid paying high taxes imposed on them. It was filmed in Gujarat.

Antim First Poster: In Salman Khan's Quest For "The Final Truth", Aayush Sharma Is The Face Of Evil