Remember Anushka Sharma's Doppelganger? This Is How She Reacted To Vamika's First Pic

Anushka Sharma introduced her daughter Vamika to the world on Monday 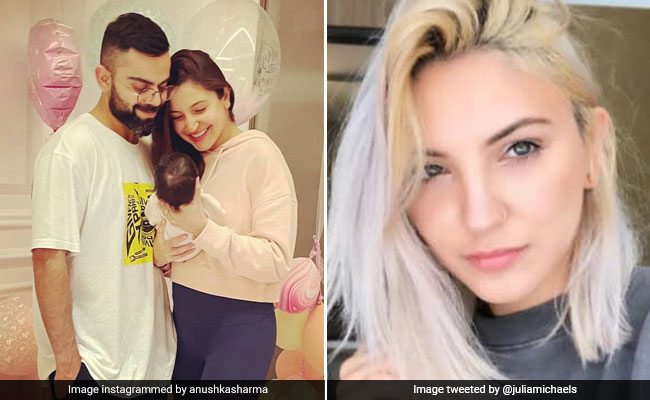 In 2019, Anushka Sharma reacted to Julia's tweet, in which the singer wrote: "Hi Anushka Sharma, apparently we are twins. LOL" Anushka, reacting to her post, wrote: "OMG, Yes! I've been looking for you and the remaining five of our doppelgangers all my life."

OMG YES!! I've been looking for you and the remaining 5 of our dopplegangers all my life https://t.co/SaYbclXyXt

On Monday, Anushka Sharma shared the first picture of her daughter Vamika on social media and she wrote in her post: "Tears, laughter, worry, bliss - emotions that have been experienced in a span of minutes sometimes. Sleep is elusive but our hearts are so full. Thanking you all for your wishes, prayers and good energy."

Anushka Sharma and Virat Kohli announced their pregnancy in August last year. The stars met during the shooting of a shampoo commercial that they did together. After dating for several years, the couple flew to Tuscany, Italy and got married in 2017 after dating for several years. Anushka Sharma was last seen in the 2018 film Zero. She produced Paatal Lok and Bulbbul last year.