Rashmi Rocket: The trailer tracks Rashmi's journey from a tiny village to athletic contests, courtrooms and beyond 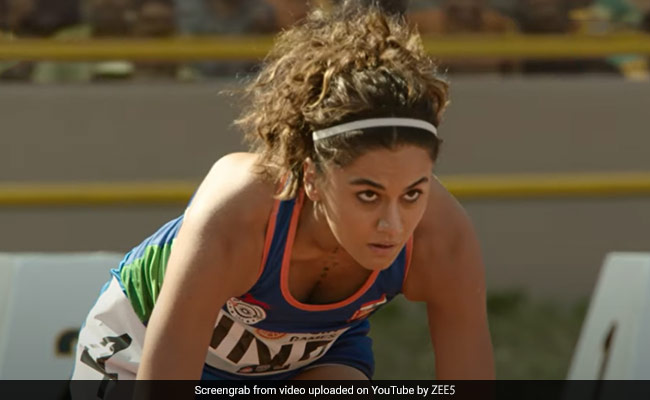 Taapsee Pannu in a still from Rashmi Rocket. (courtesy YouTube)

The much awaited trailer of Rashmi Rocket released on Thursday and it is gripping in every sense. The trailer showcases the story of an athlete named Rashmi, whose life changes drastically after she is asked to undergo a gender test. The constant media glare causes a hindrance in her career. Rashmi decides to challenge every obstacle and she runs for justice. The trailer tracks Rashmi's journey from a tiny village to athletic contests, courtrooms and beyond. The film is "inspired by the struggle of several female athletes." The film stars Priyanshu Painyuli as Rashmi's love interest, Abhishek Banerjee as a lawyer and Supriya Pathak as her mother.

Check out the trailer of Rashmi Rocket here:

For her role in Rashmi Rocket, the film's lead actress Taapsee Pannu underwent vigorous training and followed a strict diet. The actress actively shared snippets from her prep session for the film on her Instagram profile.

Directed by Akarsh Khurana and co-produced by Ronnie Screwvala, Neha Anand and Pranjal Khandhdiya, Rashmi Rocket is slated to release on Zee5 on October 15.