"Rare Sighting Of A Smiling Arik": Gabriella Demetriades' Pic With Son Is Everything

How cute is this picture of Gabriella Demetriades and Arik 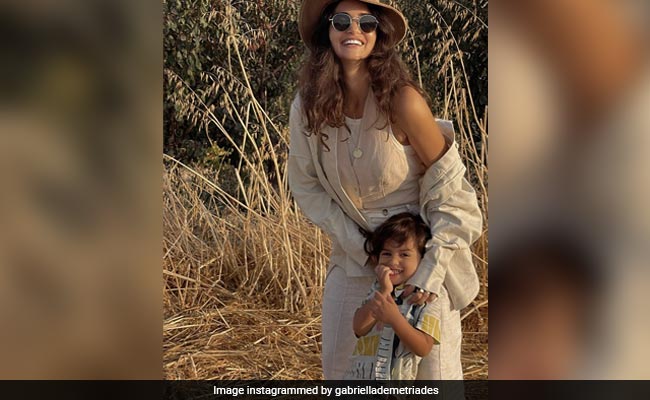 What's not to love about Gabriella Demetriades' latest set of pictures? The model shared a set of pictures with her son Arik on her Instagram profile on Saturday and adorable can't even begin to describe them. In the pictures, the mother-son duo can be seen happily posing for the camera. Gabriella Demetriades captioned the post: "Rare sighting of a smiling Arik caught on camera." She added the hashtag #cyprus, where she is currently holidaying. The post got a whole lot of love from Gabriella's Instafam. "What a gorgeous picture," wrote Shibani Dandekar. "Love this picture," read another comment.

Gabriella also shared a solo shot of herself on her profile and she wrote: "Farm girl for a day." She accompanied the post with the hashtags #revolveme and #revolvearoundtheworld.