Ranveer Singh Will Do Anything For "Padmaavat" Director Sanjay Leela Bhansali 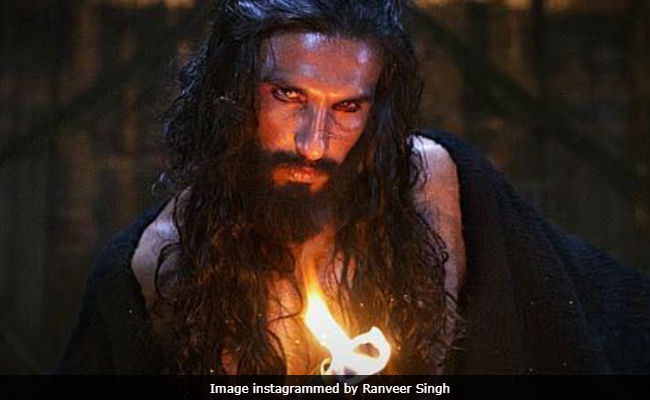 New Delhi: Ranveer Singh, who collaborated with director Sanay Leela Bhansali for the third time (After Ram Leela and Bajirao Mastani) in recently released "Padmaavat," told news agency PTI that he is willing to work with the director again. "I am ready to do anything for Mr Bhansali. I understand too well that our collaboration is very special, and a lot of people recognise that, I recognise it too. I hope to do more films with him, and I hope that I am able to create a vast legacy of memorable films with such a special filmmaker." Earlier, Ranveer Singh had said that director Bhansali managed to "bring out that which I myself didn't realise I had within me."

"Padmaavat," which opened in theatres on January 25 has collected Rs 231 crore till now. Because of "Padmaavat," Ranveer Singh, 32, has become the youngest actor whose film crossed Rs 200-crore mark. "I don't get too carried away with success, neither do I get too bogged down by failure. What's most important for me is that you deliver on your promise to the audience. I have pledged to try and be the best entertainer that I can possibly be, and to see the kind of response, love and praise that people are showering on our performance is extremely heartening for me," Ranveer told IANS.

Ranveer Singh, who played Alauddin Khilji, has said that playing the antagonist in Mr Bhansali's film was a risk and it worked in his favour. "It fills me with more motivation to go out and work even harder and keep doing good work. Of course, "Padmaavat" will be a gem in my filmography. It is one of those rare successes that gets the kind of critical acclaim that it has, as well as the commercial success. It's been an avalanche of love coming from everywhere and it is quite overwhelming," he told PTI.

As of ow, Ranveer has shifted focus on Zoya Akhtar's Gully Boy, co-starring Alia Bhatt. "I haven't really had the time to celebrate, I have been shooting Gully Boy every day and it is going extremely well. Honestly, what more can I ask for, it is my greatest gift that I can go to a film set every day and do what I love doing," he said.

Promoted
Listen to the latest songs, only on JioSaavn.com
Ranveer Singh has also signed up for Rohit Shetty's Simmba and Kabir Khan's '83.