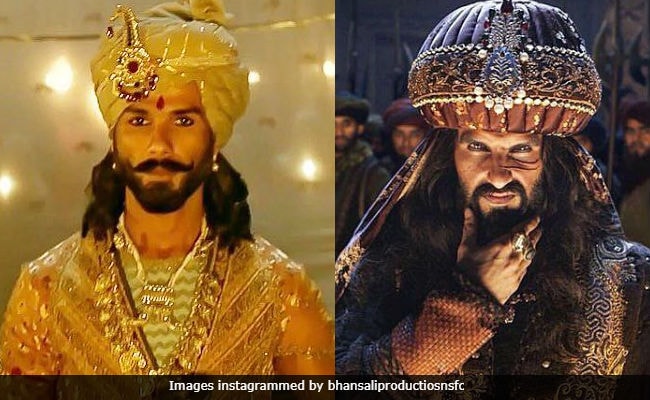 "So whether it is the loud and larger than life character of Khilji or the subtleness of Ratan Singh, everything was governed by Sanjay Sir. So, this is his vision of his. What I just said about performing differently, is because we are two different actors and our style of acting is different," he added.

Shahid Kapoor had several scenes with Ranveer Singh in Mr Bhansali's period piece, which is based on Malik Muhammad Jayasi's balled Padmavat. "The dynamics of two characters - Khilji and Maharawal Ratan Singh - was quite interesting for an actor to play. I would say that the scenes between me and Ranveer were some of the best in the film. So, I got that adrenaline rush to up my game to get all the scenes right. It improves our performance," he told IANS.

On the sets too, Shahid Kapoor was in 'his zone.' He told IANS: "I was Rawal Ratan Singh, who doesn't react much, so I underplayed on the set as well. I was in my zone, listening to music, in between the scenes."

Promoted
Listen to the latest songs, only on JioSaavn.com
"Padmaavat" released on January 25 and has collected Rs 150 crore so far.