Ranveer Singh, Who "Loves His Sofa," Has This ROFL Reason To Post Throwback Vacation Pic 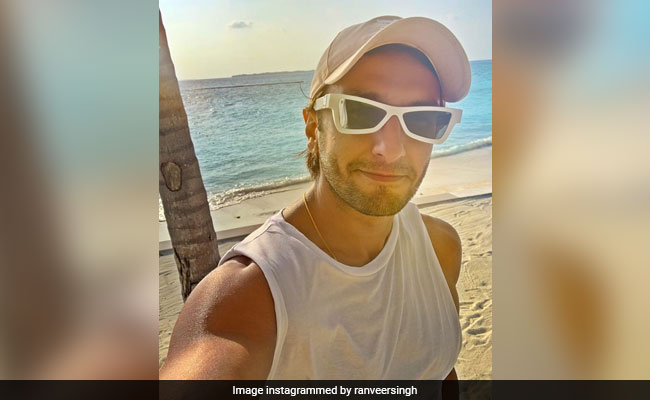 Ranveer Singh's latest post on Instagram will leave you in splits. The actor, once again, showcased his talent of Instagramming his pictures with ROFL captions. On Wednesday, Ranveer, who is currently living in self-isolation with his wife Deepika Padukone in Mumbai, shared a throwback picture of himself from one of his beach vacations. What grabbed the attention of his fans was the ROFL caption, in which the actor hilariously wrote: "I love my sofa...par ek 'take-me-back-I-miss-being-outdoors' selfie toh banta hai na." LOL. In the photo, Ranveer can be seen sporting a white sleeves t-shirt which he paired with a cool pair of sunglasses and a cap.

Ranveer Singh was in a photo sharing mood on Wednesday. The actor, earlier in the day, posted a selfie, asking his fans: "Aur batao yaar." Within an hour, his post was flooded with several reactions from his fans, as well as his friends from the film industry. Kubbra Sait commented: "Nai nai aap batao" while Dino Morea asked this in the comments section: "Chashma kaha se mila?." In the monochrome picture, Ranveer looks dashing as always in a light-coloured t-shirt, black jacket and a pair of dark sunglasses.

Recently, the actor shared a picture of himself showing off his new hairdo, which was styled by Deepika Padukone. Take a look:

In terms of work, Ranveer Singh was last seen in Zoya Akhtar's 2019 film Gully Boy. His upcoming film '83 was supposed to release earlier this year but the makers postponed it due to the ongoing coronavirus crisis. Ranveer will co-star with Deepika in the film. The actor's upcoming projects also include Yash Raj Film's Jayeshbhai Jordaar, which is expected to hit screens on October 2, and Karan Johar's period drama Takht. He will also feature in a cameo in Akshay Kumar's Sooryavanshi.

Soumitra Chatterjee Was One Of My Oldest Friends, The Loss Is Huge: Sharmila Tagore