Deepika Padukone Styled Ranveer Singh's Hair Like This. He Likes It. You?

Ranveer Singh rocked his new hairstyle like a boss 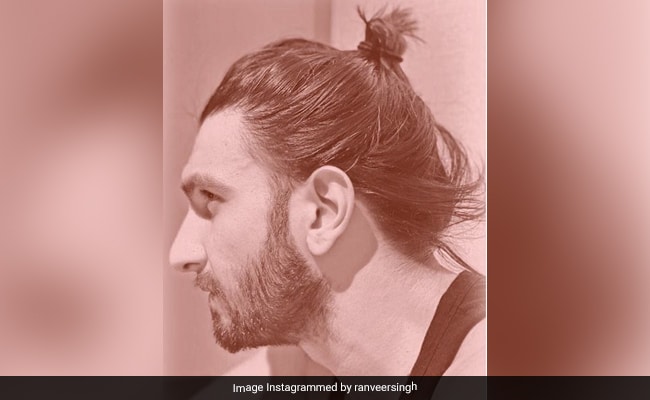 Deepika Padukone got a little experimental with her hairstyling skills and guess who she tried on her expertise? Well, we all know it must be her husband Ranveer Singh, who shared a glimpse of his new look on Instagram. In the close-up shot shared by Ranveer, his hair can be seen styled in a roughly made bun of sorts. The Dil Dhadakne Do actor thinks his hairstyle resembles that of a samurai - Kuwabatake Sanjuro (famously played by actor Toshiro Mifune) from Japanese filmmaker Akira Kurosawa's 1961 movie Yojimbo. "Hair by: Deepika Padukone. Very Mifune in 'Yojimbo'. I like it. What do you think?" Ranveer captioned his photo. Here, take a look:

Earlier this month, Ranveer dropped by a Mumbai salon, when the salon's hairstylist shared this post about the "new normal" - Ranveer was wearing a mask, of course.

During the lockdown, Deepika Padukone has not only been Ranveer's hairstylist but also turned into an in-house chef, making delicious five-course meals for date nights at home, and also a desi Marie Kondo. In a recent interactive session on Instagram, Deepika revealed that she would like to visit her family in Bangalore as one of the things on her "post lockdown bucket list."

Ahead of the lockdown, Ranveer Singh had wrapped the shooting schedules of two of his upcoming movies - '83 and Jayeshbhai Jordaar. Directed by Kabir Khan, '83 was scheduled to release in April but was postponed indefinitely as the coronavirus lockdown was imposed. Deepika also co-stars with Ranveer in the sports drama. Yash Raj Film's Jayeshbhai Jordaar is expected to hit screens on October 2. Ranveer will also feature in a cameo in Akshay Kumar's Sooryavanshi, which will release in cinemas. Ranveer's upcoming projects also include Karan Johar's period drama Takht.

Deepika Padukone, last seen in Chhapaak, has interesting projects lined up - she will be seen in the Hindi remake of Hollywood hit The Intern and she also recently announced a film with Baahubali star Prabhas.