"My husband and sister would be the best people to answer that," replied Deepika when a user asked about her "weird talents" 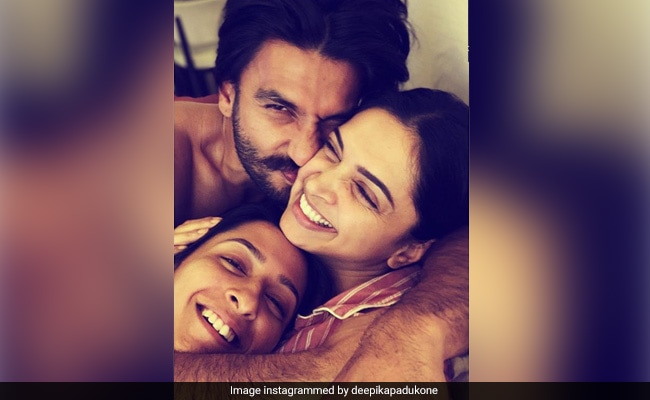 Deepika Padukone took out some time from her quarantine schedule to interact with her fans on Wednesday. The actress participated in an "Ask me anything" session on Instagram and answered all sorts of questions that poured in during the session - from her "weird talents" to her "pet peeves" and her "favourite character" from all the films that she's done. When one of the users asked Deepika if she has any "weird talents," the actress hilariously replied: "My husband (actor Ranveer Singh) and sister (Anisha Padukone) would be the best people to answer that! I'm sure they have quite a few to share!" LOL. Take a look at Deepika's ROFL response here: 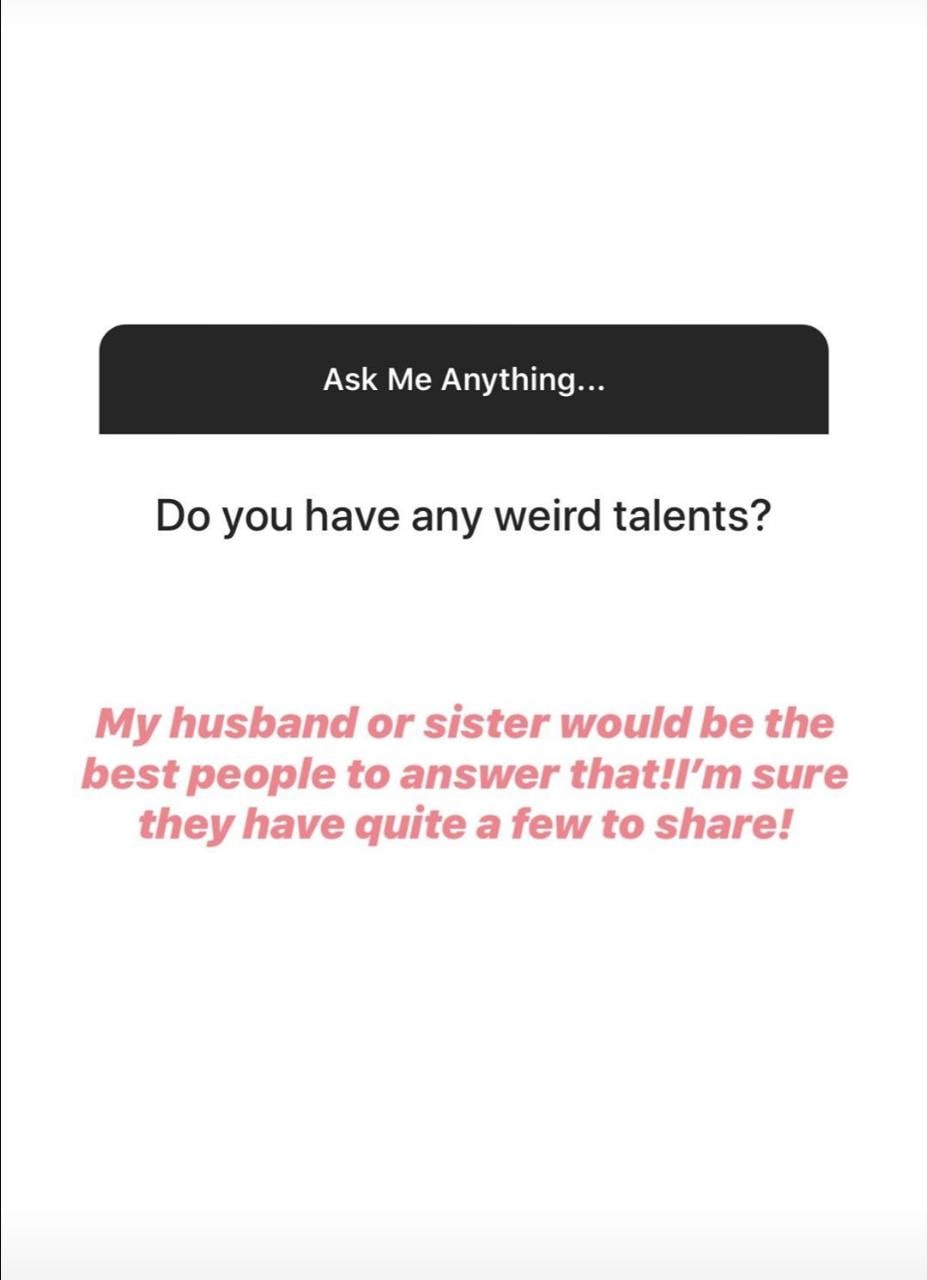 When another user asked the actress which is her "favourite character" from all the roles that she's played till now, she named the Shoojit Sircar-directed 2015 film Piku. In the film, Deepika Padukone played the role of an architect named Piku. She co-starred with late actor Irrfan Khan and Amitabh Bachchan in the film. 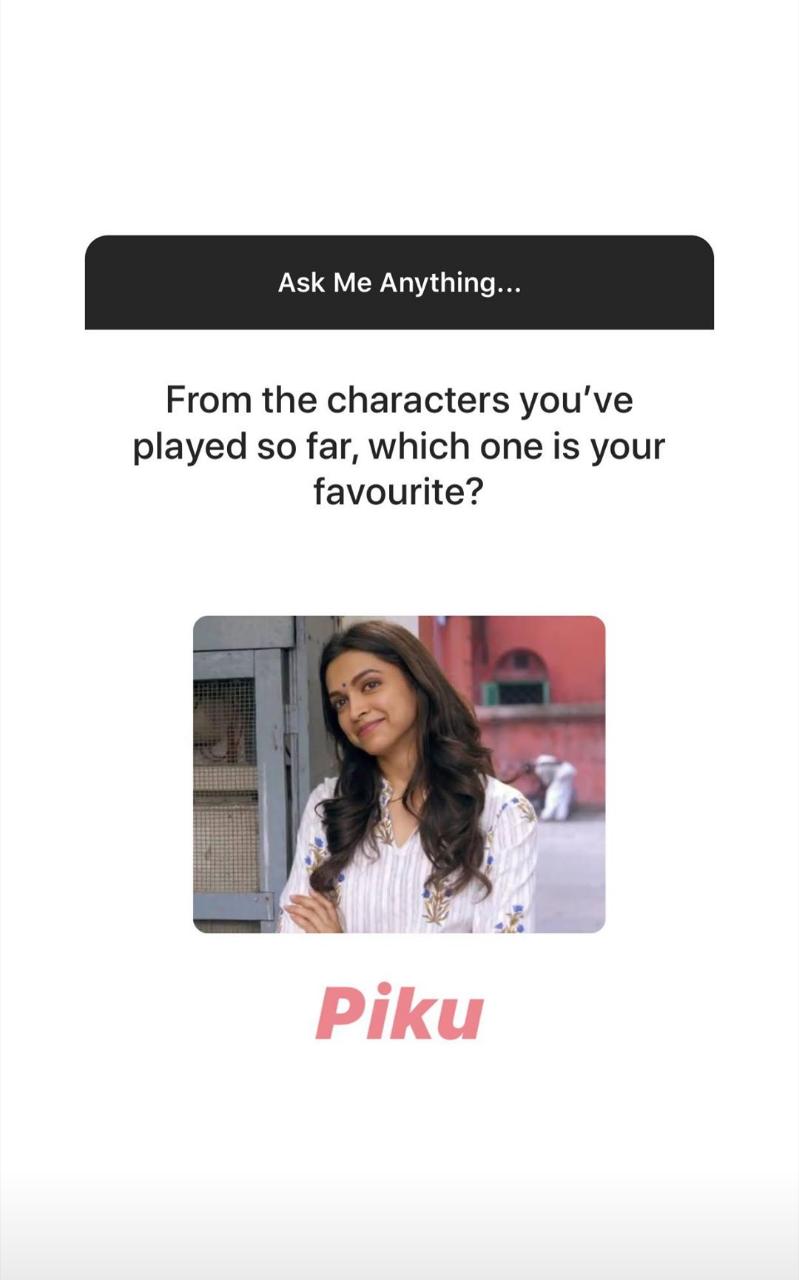 Deepika Padukone, during the interaction, also revealed that she makes an "amazing tea." 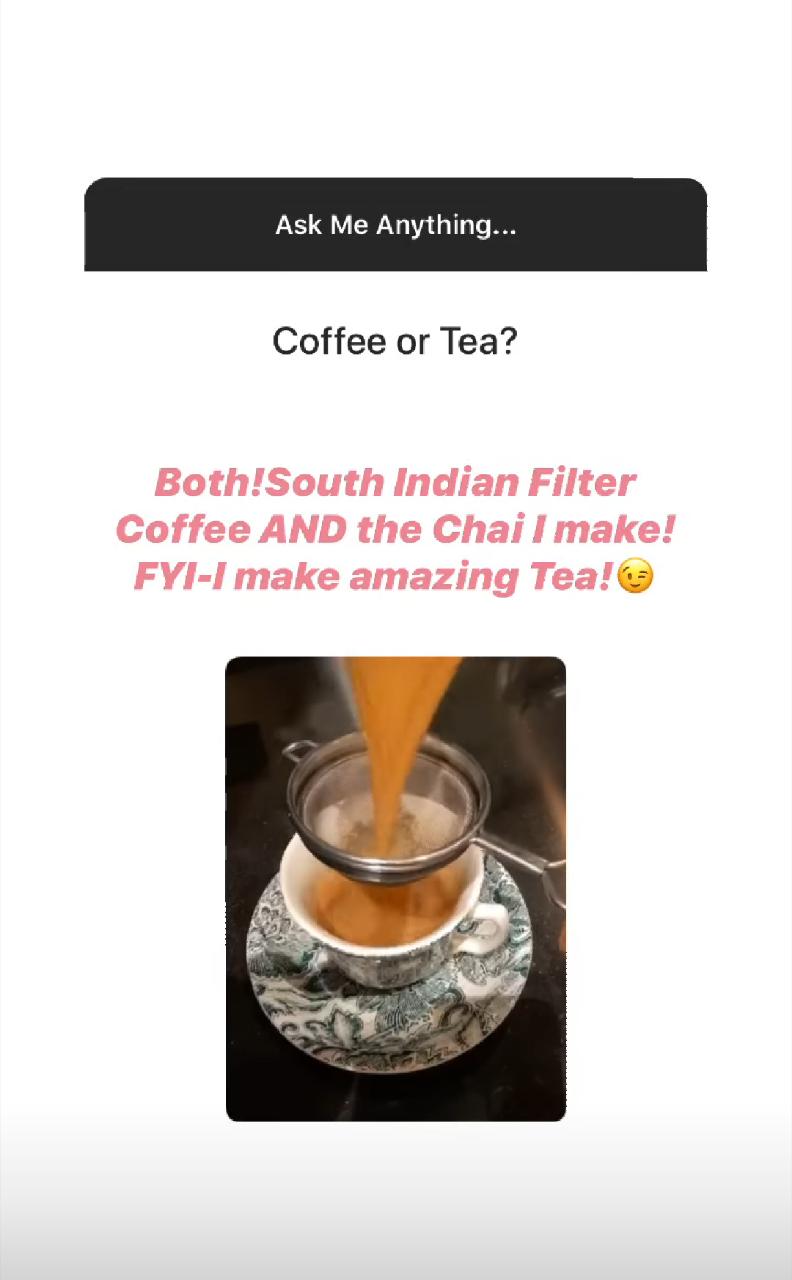 When asked about her "pet peeves," Deepika Padukone replied: "Dishonesty." 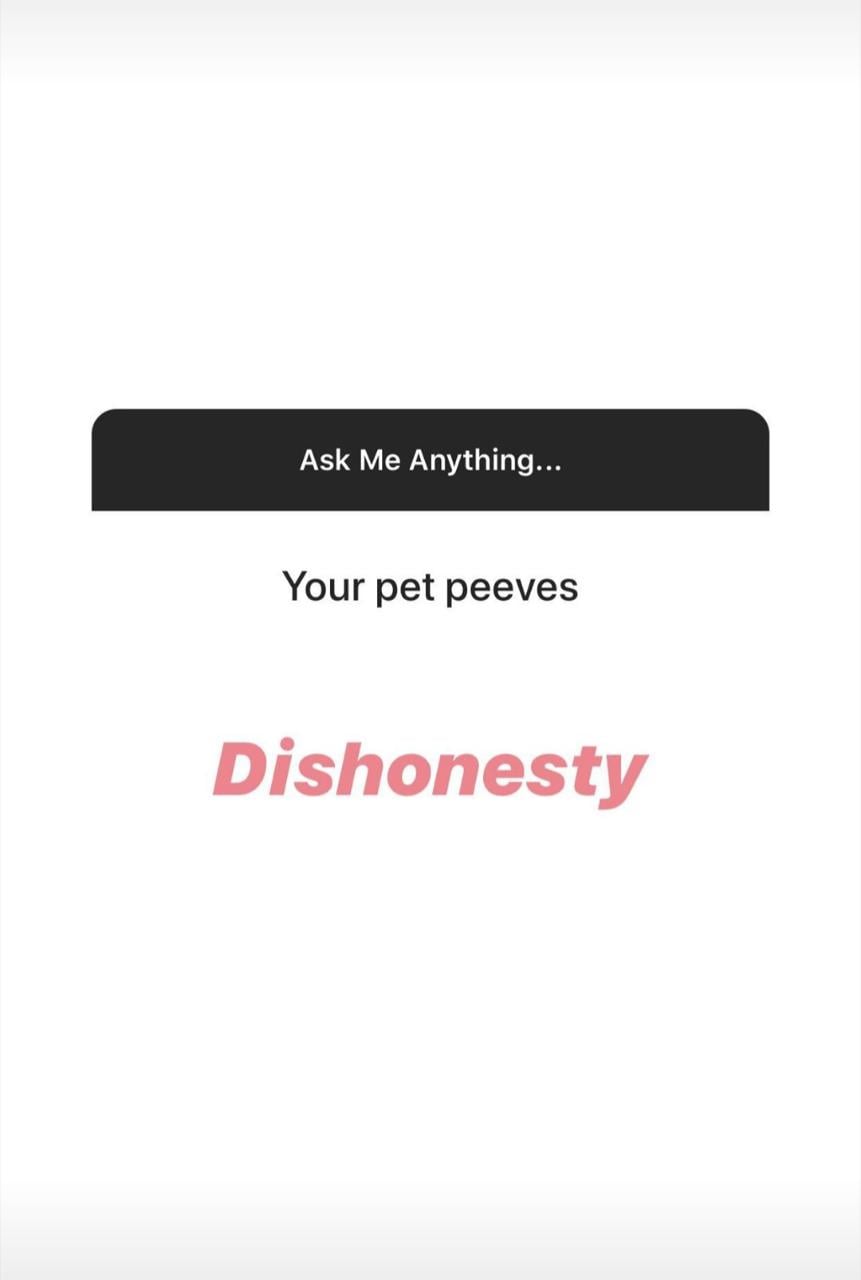 What's that one dish that you could eat for the rest of your life? For Deepika, it's "rasam with white rice and mango pickle." 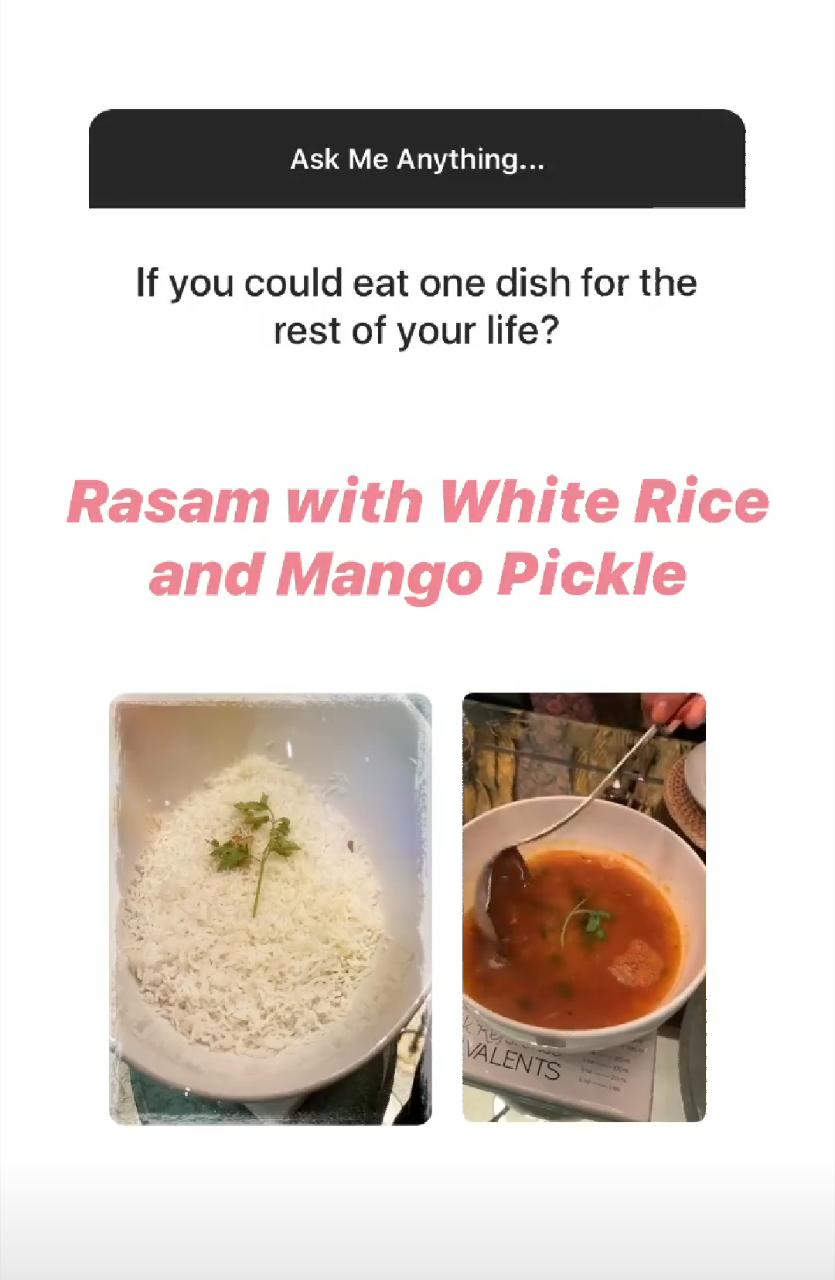 At the end of the session, a user asked Deepika: "If you could say one thing to Ranveer using this platform right now, what would it be?" Take a look at the actress' hilarious response: 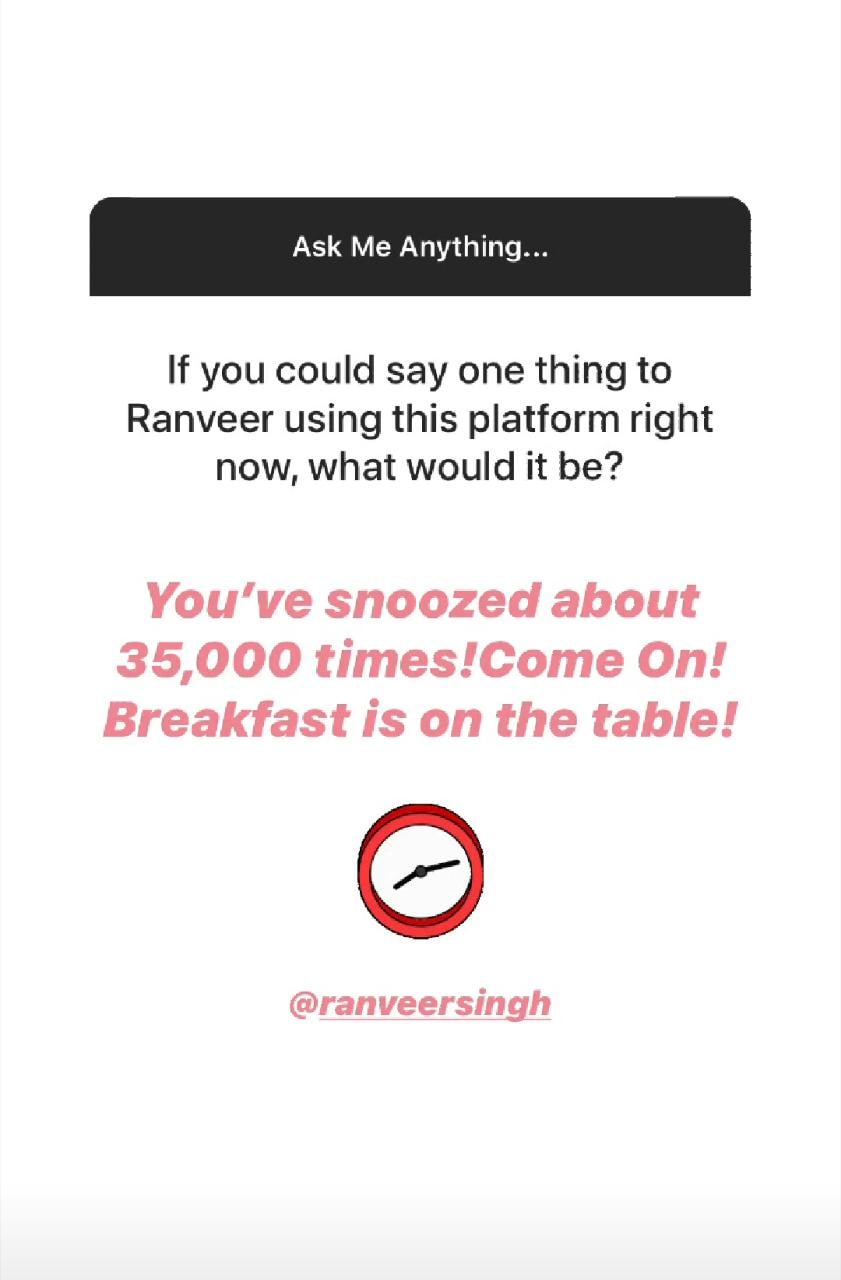 Deepika Padukone will next be seen alongside Ranveer Singh in Kabir Khan's '83. In the film, Ranveer plays the role of Kapil Dev while Deepika makes a special appearance as Romi Bhatia, wife of Kapil Dev.