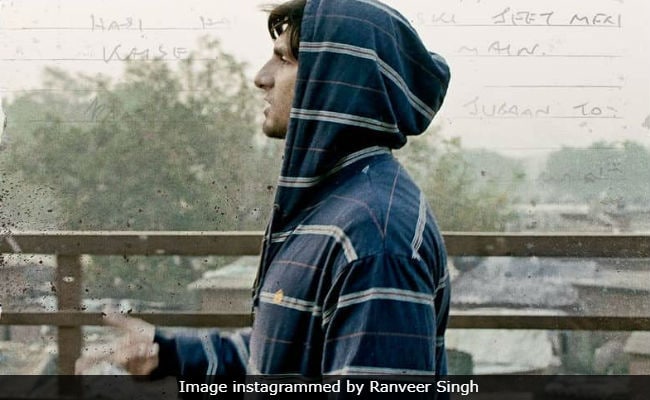 Even before the impact of Ranveer Singh's Simmba could fade away, the makers of Gully Boy shared the first glimpse of the actor as a rapper in the upcoming film. Ranveer Singh plays the role of an underdog rapper from the streets of Mumbai who becomes a big name in home-grown rap and Hip Hop. On Friday, director Zoya Akhtar released a teaser of Gully Boy, which had no dialogues and the scenes were set to the song Asli Hip Hop rapped by Ranveer Singh. Going by the quick moving snippets viewers can understand that Ranveer's character faces resistance from his family and society to fulfil his dream. But he does get what he aims for in the end. Alia Bhatt and Kalki Koechlin play a crucial role in the development of Ranveer Singh's character graph in the film.

The full trailer of Gully Boy will release on January 9 (Can't wait). Till then watch this announcement video:

Zoya Akhtar's Gully Boy is partially inspired by the journey of Rapper Divine, who earlier told PTI that he's looking forward to the film's release. Speaking to PTI, Divine had said: "The film is inspired by the Mumbai hip hop community and it's amazing how far we have come in the last few years. With this film, it seems the journey has only begun." Rapper Raja Kumari, who has twice collaborated with Divine (City Slums and Roots), liked the announcement video and commented: "Goosebumps."

Gully Boy also stars actor rapper Chaitanya Sharma (better known as SlowCheetah) and it will open in cinemas on February 14.