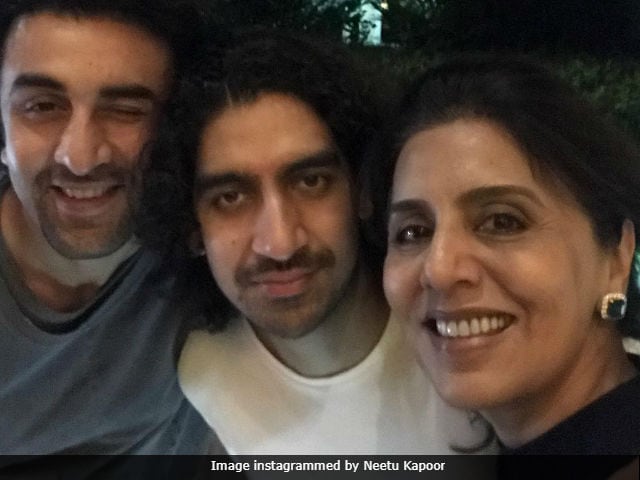 New Delhi: Ranbir Kapoor started his birthday celebrations partying with his Bollywood colleagues such as Shah Rukh Khan, Aamir Khan, Alia Bhatt and Karan Johar and ended the day with a 'perfect' family dinner, for which director Ayan Mukherji was also invited. Ranbir's mother Neetu Kapoor instagrammed a picture and captioned it: "That perfect birthday dinner with the favourites." Ayan Mukherji, who directed is Ranbir in Wake Up Sid and Yeh Jawaani Hai Deewani, features regularly at the Kapoors' get-togethers (such as their annual Christmas brunch) and parties. In the selfie clicked by Neetu Kapoor, Ranbir Kapoor winked and we skipped a heartbeat.

That perfect Birthday dinner with the Favourites

On Ranbir's birthday, Neetu Kapoor had shared this throwback picture too:

Happy birthday Rana you are that dream child any parent wld wish for !! Loving caring intellectual love and blessings . This year all the fan clubs have outdone themselves he thanks all of you today !! . He has seen all your posts n edits

Ranbir Kapoor started his birthday in style with celebs arriving for a party on the eve of the D-Day. Later, Karan Johar also posted a picture with the birthday boy. Here's a glimpse of who attended the party. 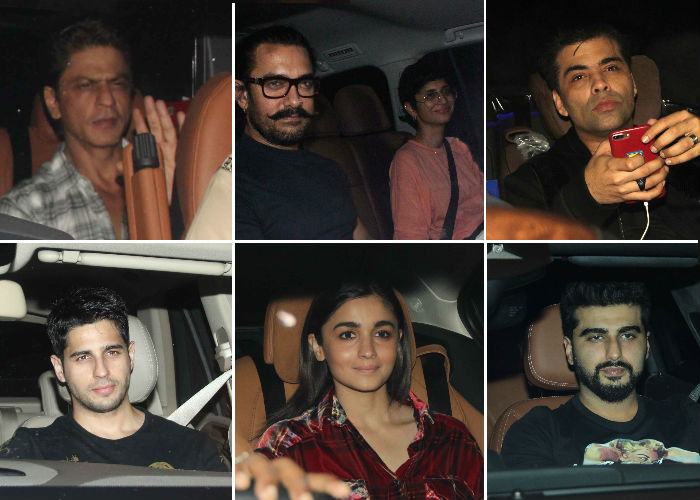 Happy birthday to this crazy,talented and full of love boy!!!

Karan Johar's Dharma Productions also made an announcement about their fourth collaboration with the actor and KJo later clarified that it's not called Dragon. The title of the film, which co-stars Alia Bhatt and is directed by Ayan Mukherji, will be announced soon.

Promoted
Listen to the latest songs, only on JioSaavn.com
Ranbir Kapoor was last seen in box office debacle Jagga Jasoos, directed by Anurag Basu. Before that Ranbir featured in Karan Johar-directed Ae Dil Hai Mushkil, which was his first hit film in three years. He starred in consecutive flops like Besharam, Roy, Bombay Velvet and Tamasha.

Ranbir Kapoor will be next seen in Sanjay Dutt's biopic, directed by Rajkumar Hirani.