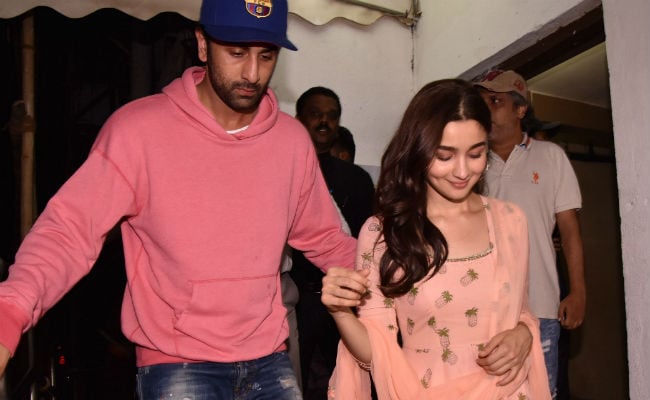 New Delhi: Alia Bhatt and Ranbir Kapoor were the few stars who weren't there at Sonam Kapoor's mehendi on Sunday evening, perhaps because they were pictured at the special screening of Raazi. Alia hosted a special screening of her forthcoming film Raazi (co-starring Vicky Kaushal) and Ranbir was her special guest, including Karan Johar, his mom Hiroo, Shweta Bachchan Nanda, Anu Dewan and Kaajal Anand. Alia and Ranbir's pictures from the screening are trending, as they left the theatre together. They are co-stars of an upcoming film Brahmastra. For the screening, Alia opted for a peach-coloured Indian outfit while Ranbir rocked a casual look. 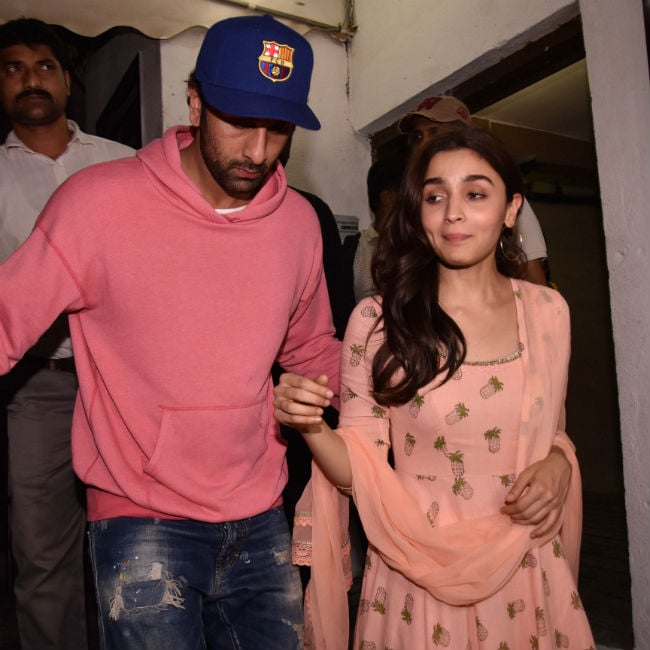 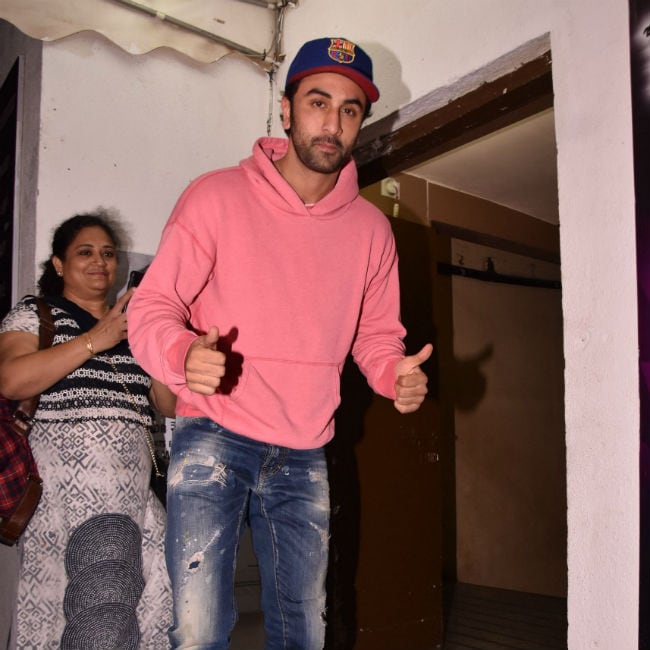 Alia's mom Soni Razdan, who is also a part of Raazi, was also there. She plays Alia's mother in the film too. 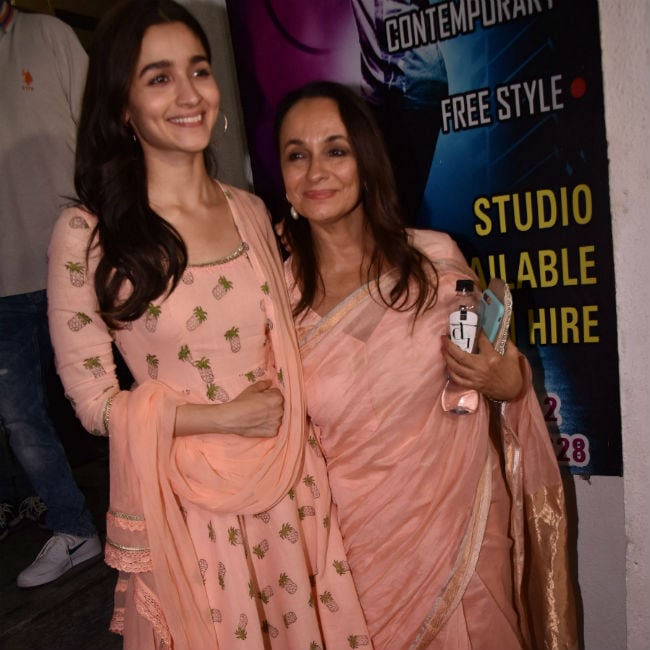 Here are the pictures of the guests who attended Raazi screening on Sunday. 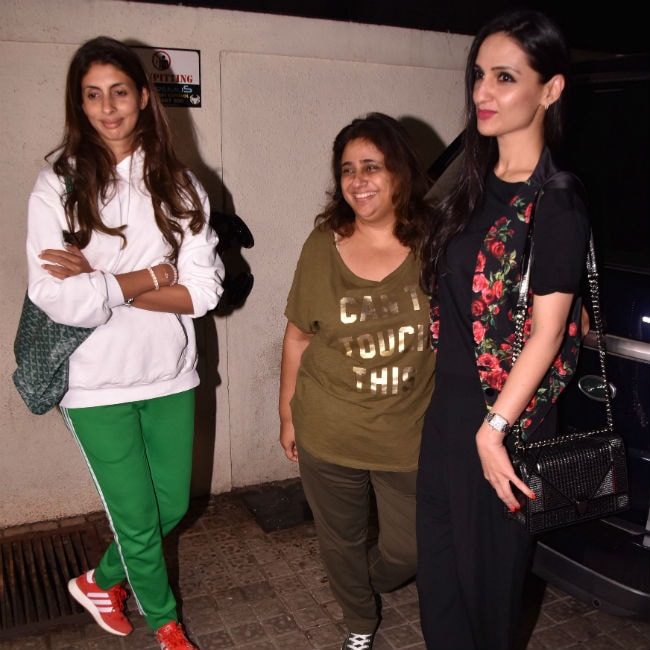 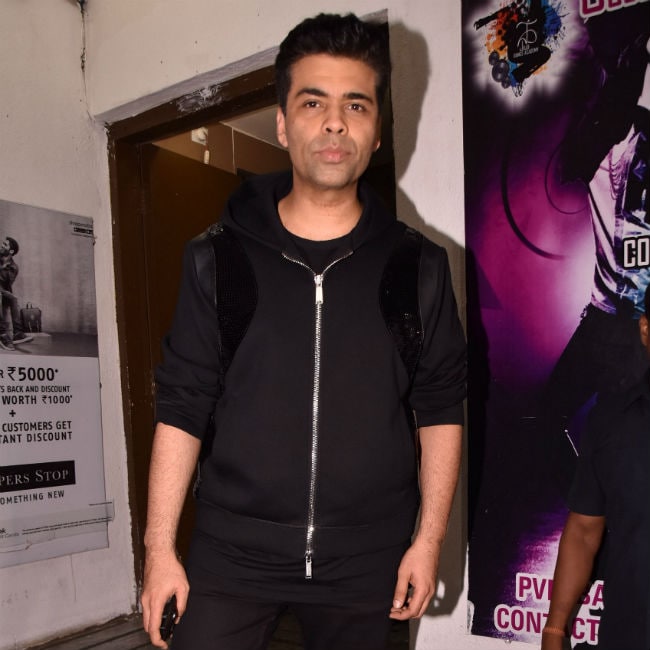 Just last week, Alia and Ranbir were spotted dining together. They were accompanied by Karan Johar and Brahmastra director Ayan Mukerji. 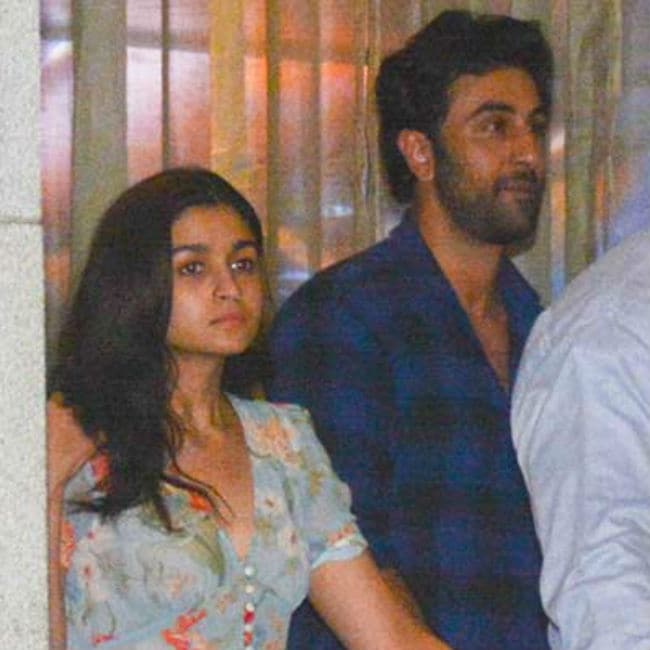 When designer Manish Malhotra was asked to pick a possible couple of the year on Neha Dhupia's chat show, he took Alia Bhatt and Ranbir Kapoor's name (aha). Alia was rumoured to be in a relationship with Sidharth Malhotra while reports of Ranbir dating Pakistani actress Mahira Khan have also featured in headlines.

Promoted
Listen to the latest songs, only on JioSaavn.com
Meanwhile, Alia Bhatt's film Raazi is an adaptation of Harinder Sikka's novel Calling Sehmat. It is directed by Meghna Gulzar, who said that she wouldn't have made the film without Alia.

Raazi releases on May 11.