Ranbir Kapoor Saw The Taj Mahal (For The First Time, Apparently) - Not With Alia But With...

Arjun and Ranbir were in Agra for filmmaker Luv Ranjan's wedding 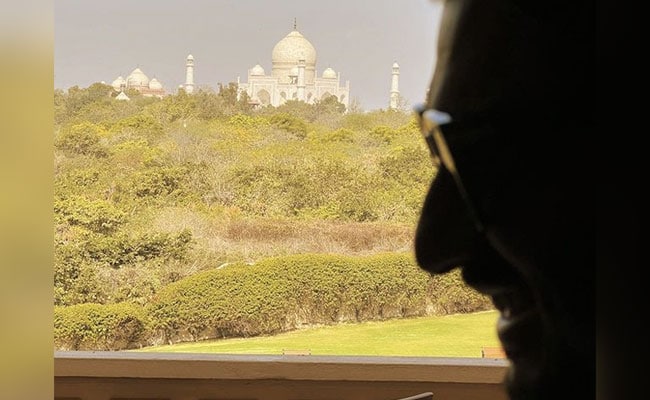 Arjun Kapoor and Ranbir Kapoor, who were in Agra over the weekend, for filmmaker Luv Ranjan's wedding, saw the Taj Mahal together. So Arjun Kapoor decided to tease Alia Bhatt and how. The actor shared a picture of himself with the Taj Mahal in the backdrop and he wrote: "When Ranbir Kapoor the artist emerged inspired by the Taj + Me..." In the comments section, Rakul Preet Singh wrote: "Haha finally you both saw the Taj." Replying to which, Arjun Kapoor wrote: "Yea he saw it with me first instead of going with Alia." Arjun Kapoor also tagged Ranbir Kapoor's girlfriend Alia Bhatt in the post and her response is awaited. Alia Bhatt, currently in Kolkata, is busy with the promotional duties of Gangubai Kathiawadi.

This is what Arjun Kapoor posted:

Rakul Preet Singh, who teased Arjun Kapoor and Ranbir Kapoor about seeing the Taj Mahal together, shared a picture of herself from Agra too, with the Taj Mahal as the backdrop and wrote: "Not a piece of architecture but the passion of emperors love wrought in living stone! PS: Taj Mahal in the backdrop."

Alia Bhatt and Ranbir Kapoor reportedly started dating in 2018 and made their first public appearance together at Sonam Kapoor's wedding reception in the same year. Both the actors have been frequently spotted together and with each other's families as well. Ranbir Kapoor confirmed his relationship with Alia Bhatt in an interview in 2020, where he referred to her as his "girlfriend" and said that if it weren't for the pandemic, they would have been married.