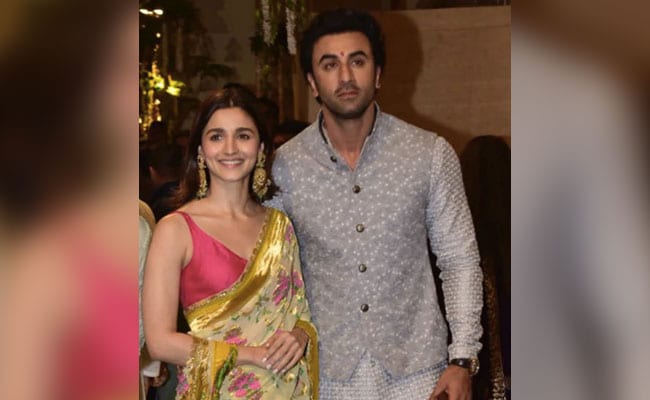 A throwback of Alia Bhatt and Ranbir Kapoor.

Alia Bhatt, "deeply" in love with Brahmastra co-star Ranbir Kapoor, is not afraid to express it and why should she be? The actress, who is busy with the promotional duties of Gangubai Kathiawadi, in a recent interview with The Indian Express, said this about her relationship with Ranbir Kapoor, "Of course I am in a relationship and I am very happy and deeply in love with Ranbir and I believe in the relationship. In the moment I am a very dil wala person. I am a little bit of a romantic in that sense, Pyar kiya toh darna kya types. He is somebody I deeply love and look up to and feel very comfortable with. That's the point of us dating for so many years. I am too comfortable to not talk about it."

Alia Bhatt and Ranbir Kapoor reportedly started dating in 2018 and made their first public appearance together at Sonam Kapoor's wedding reception in the same year. Both the actors have been frequently spotted together and with each other's families as well.

Recently, Ranbir Kapoor did the Gangubai Kathiawadi-style backward namaste pose during a session with the paparazzi. Later, Alia Bhatt posted a collage of her and Ranbir Kapoor doing the same pose on her Instagram story and she rote: "Best boyfriend ever."

Here's a video of Ranbir Kapoor dong the pose:

While Ranbir Kapoor might be a social media recluse, he does feature on Alia Bhatt's Instagram often. Last month, Alia Bhatt shared pictures clicked by Ranbir Kapoor and she wrote: "Casually flexing my boyfriend's photography skills."

Ranbir Kapoor confirmed his relationship with Alia Bhatt in an interview in 2020, where he referred to her as his "girlfriend" and said that if it weren't for the pandemic, they would have been married.