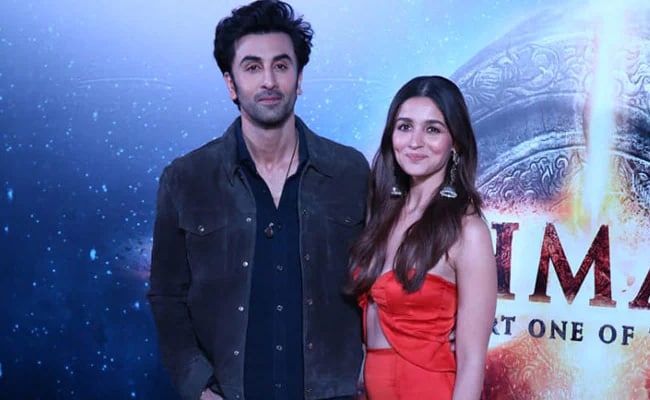 Alia Bhatt, who is busy promoting Gangubai Kathiawadi, in a recent interview with RJ Siddharth Kannan, said that Ranbir Kapoor doing the Gangubai pose in front of the paparazzi was just too cute. She said, "He loves it when I become Gangubai. He finds it very entertaining. And I think that was the best thing he did that day. It was a big deal to me. It was just really cute." The actress, during the interview, also talked about Ranbir Kapoor's "reputation" as someone who indulges in gossip. She said, "I've not heard Ranbir say one bad thing about anyone in my life and that's what I love about him the most. Even if he is criticising someone, he (is careful about it). He only believes in good things, otherwise don't say it. I think that's amazing. He doesn't even like gossip, because of Ranbir I have become a non-gossiper. He says, 'don't gossip about anybody.' He's got a bad reputation that he is a gossiper, he's not a gossiper. He doesn't gossip at all."

After Ranbir Kapoor did the backward namaste pose during a session with the paparazzi, Alia Bhatt posted a collage of her and Ranbir Kapoor doing the same pose on her Instagram story and she rote: "Best boyfriend ever."

Ranbir Kapoor confirmed his relationship with Alia Bhatt in an interview in 2020, where he referred to her as his "girlfriend" and said that if it weren't for the pandemic, they would have been married. Ranbir Kapoor frequently features on Alia Bhatt's Instagram profile.

Alia Bhatt will next be seen in Sanjay Leela Bhansali's Gangubai Kathiawadi. The actress flew to Berlin for the film's screening at a film fest there. The film is slated to release on February 25.