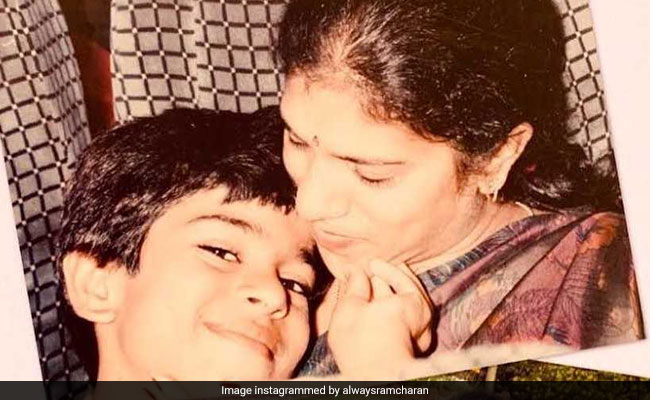 We have good news for all the Ram Charan fans out there! The actor made his debut on social media platform on Instagram on Friday and he couldn't have done it in a better way. Ram Charan dedicated his maiden Instagram post to his mother. The 34-year-old actor shared an adorable picture collage on his Instagram profile. One of the pictures was a throwback picture of himself along with his mother from his childhood days whole another was a relatively recent picture with his mother. The actor captioned his post: "Some things never change ! Dedicating my first post to you. Love you Amma. He added the hashtags #mamasboy and #forever along with a heart emoji.

A few days ago, Ram Charan announced the news of his Instagram debut in a video posted by his wife Upasana Kamineni. Ram Charan said in the video: " Hey guys, I am finally debuting on Instagram on this Friday, July 12. It's going to be amazing connecting with you guys on this new platform. I mean, it is new for me. I am going to have so much fun. See you guys. It's gonna be mad."

A post shared by Upasana Kamineni Konidela (@upasanakaminenikonidela) on Jul 10, 2019 at 12:06am PDT

On the work front, Ram Charan reportedly rejected the big screen adaptation of the Ramayana, which was also said to be the most expensive Telugu film. He will next be seen in SS Rajamouli's RRR, which will also star Alia Bhatt and Ajay Devgn.