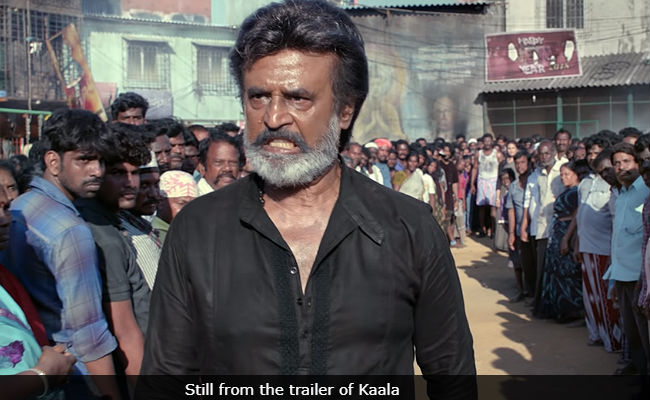 Mumbai: Residents of Mumbai's sprawling Dharavi slum face down a powerful politician eying their community for a real estate development in Kaala, which puts a rare spotlight on land rights of the urban poor. Audiences have been applauding when the character played by superstar Rajinikanth tells the politician: "To you land is power, to us it means life." Kaala, which means "black" in Tamil and other Indian languages, has been making large gains at the box office, despite focusing on a subject that is rarely addressed in Indian cinema, including Bollywood.

Pa Ranjith (director of Kaala) said his movie was inspired by a visit to Mumbai, which is home to Bollywood as well as more than 18 million slum dwellers, or 60 per cent of the city's population, according to government data. "I was in Mumbai and saw the city as vertical high-rises and horizontal slums. You can easily see that divide," said the director, who is based in Chennai, the centre of Tamil cinema.

"That is why I wanted to make this film. Bollywood is completely different and makes fantasy films," he said. "Even in (Tamil movies from) Chennai they don't want to discuss these issues." Pa Ranjith said he met with residents of Mumbai slums to talk about their needs and concerns.

"The film carries people's voice - that land is their right," he told the Thomson Reuters Foundation on phone. It is not the filmmaker's first take on social issues; his previous release, Kabali, was about exploited tea plantation workers.

For his latest film, Pa Ranjith said he chose Dharavi because it is so well-known and is in the heart of Mumbai, India's financial capital. Real estate in Mumbai is among the most expensive in the world, and residents of Dharavi have been resisting attempts to develop the slum, which sprawls over 240 hectares (590 acres).

"There is a lot of pressure from builders, developers, local leaders," said Jockin Arputham, president of the National Slum Dwellers' Federation in Mumbai.

Arputham, who Pa Ranjith spent time with while preparing to film Kaala, said older movies explored issues faced by the urban poor, but a popular film on the subject, with a famous lead actor, has not been made in about two decades. In Kaala, Pa Ranjith takes on the entrenched caste system, which he said is a key issue, as people fighting for land rights are often from the lower end of the strict system of social hierarchy. In one scene, the upper-caste politician refuses a drink of water at the home of the central character, played by Rajinikanth. "Caste is everywhere. It is at the root of this divide. We need to cut the root," said Pa Ranjith, who is from the Dalit community.
© Thomson Reuters 2018