Kaala, With Reported Lowest Opening For A Rajinikanth Film, May Do Well 'In The Long Run'

By Thursday afternoon, it was reported that Kaala recorded the lowest opening for any Rajinikanth film ever 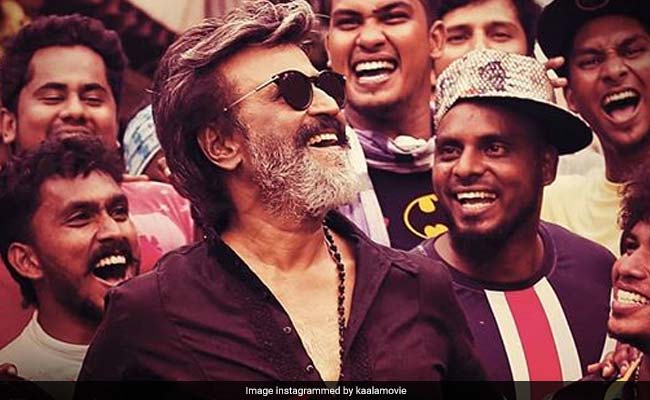 New Delhi: The turn-out for Rajinikanth's Kaala on opening day failed to match up to the crazy numbers, which previous releases of Thalaiva's films had set the bar high with. But, trade analysts are hopeful that the film will eventually score well at the ticket counters. Chennai-based trade analyst Sreedhar Pillai told PTI that the controversy regarding the film over Rajinikanth's comment on the Cauvery row, will fetch a substantial amount of publicity: "I think it will open good in Tamil Nadu because of the controversies surrounding the film. But I can't pinpoint numbers at the moment. Although the advance booking was not very good, the state government's special permission to conduct morning shows have helped. It is expected to do well since it is a Rajinikanth movie but it will not take a massive opening."

By Thursday afternoon, it was reported that Kaalarecorded the lowest opening for any Rajinikanth film ever. On Thursday, Vishal Krishna, who is a member of the Tamil Nadu Films Producers' Council (TFPC), told IANS that the film's release during the Ramzan week has also greatly affected the box office numbers.

According to PTI, tickets for Kaala in Tamil Nadu were available online till noon - which was a first considering shows of Rajinikanth's films are usually sold out in weeks advance. Chennai-based trade expert Kaushik LM however predicted that Kaala's box office numbers will trump Vijay's Mersal in time and the release of Salman Khan's Race 3 will not really have an impact in state. "Currently, the tracking suggests that the film may slightly fall behind the opening record of Vijay's Mersal here since Kaala has released on a non-festival day. But in the long run, I'm expecting Kaala to beat this film's numbers in Tamil Nadu. Salman Khan-fronted Race 3 will not have a big impact in the state next week, and Kaala is expected to hold a good number of screens until next week for sure," he told PTI.

However, the Telugu audience is expected to make little contribution to Kaala's box office collections. According to Deepak, a trade analyst who tracks box office fluctuations in Telangana and Andhra Pradesh, said that Kaala will fail to attract the Telugu audience to the theatres because of the film's subject. "The audience response in the Telugu states is quite average, and the box-office opening is very dull. The film's rights were not sold to anyone even when the makers received an offer for Rs 33 crores here. The low-key promos are one of the reasons for the flat response here. The plot of the movie revolves around the uprising of Tamils, and there is a definite disconnect among Telugu audiences," he said.

Promoted
Listen to the latest songs, only on JioSaavn.com
Directed by Pa Ranjith, Kaala stars Rajinikanth as a mob boss of the slum Dharavi. As per a Hindustan Times report, Kaala has earned Rs 230 crore through theatrical and music rights before release. The film requires another Rs 280 crore to secure its place on the list of hit films of 2018.