With the Tamil superstar's June 7 movie release in over 2,000 screens worldwide witnessing impressive openings, according to the flick's publicist, Mr Jayakumar said a person is recognised only for his welfare work for the public. 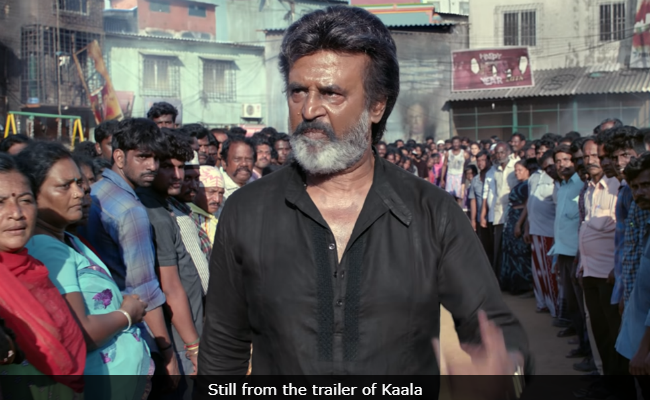 This is Rajinikanth's first movie since he announced his political ambitions. (File)

Chennai: Days after the much-hyped release of the Rajinikanth-starrer 'Kaala,' AIADMK senior leader and Tamil Nadu Minister D Jayakumar today said a movie's success does not guarantee success in politics." Nobody can be accepted as a leader only on the basis of the success of a movie," he told reporters in Chennai.

"Nobody can be accepted as a leader..only on the basis of the success of a movie," he told reporters.

With the Tamil superstar's June 7 movie release in over 2,000 screens worldwide witnessing impressive openings, according to the flick's publicist, Mr Jayakumar said a person is recognised only for his welfare work for the public.

"People accept a person as a leader, based on the policies and goals and for the work done by being on their side," he said, without naming anyone while answering a question over stars and their entry into politics.

"This is the yardstick and there is nothing else," he said, adding fans decide the success of a movie, which has got nothing to do with politics.

'Kaala', that shines light on the struggles of the oppressed people to secure their rights, is viewed by the actor's fans as giving him a better foothold when he enters politics.

The Minister's remark assumes significance not only because of Rajinikanth's fans' high hopes from Kaala, but also over top actor Kamal Haasan's Vishwaroopam 2's release expectations, the production of which was already over.

Kamal Haasan, who launched his political party Makkal Needhi Maiam in February this year, is set to release the trailer for Vishwaroopam 2, a sequel to Vishwaroopam, on June 11.

The spy thriller is produced in Tamil, Hindi and dubbed in Telugu.

Kaala has hit 650 screens in Tamil Nadu, 600 in Andhra Pradesh, 243 in neighbouring Kerala and 126 in Karnataka, where the movie saw a delayed release due to protests and 1,000 overseas releases, the publicist told PTI.

Notably, it was the AIADMK which backed Rajinikanth recently for his "graveyard" and "anti-socials" remark after visiting the injured in Tuticorin anti-Sterlite violence.

The actor, who had last year announced that he would float a political party, said anti-social elements had infiltrated the protest by locals demanding closure of Sterlite's copper smelter unit in the southern port town.

He had also remarked that too many protests would turn Tamil Nadu into a 'graveyard.'

Violence and police firing on May 22 and 23 resulted in the deaths of 13 persons.

The ruling AIADMK, apart from this issue, has been quite critical of the actor on other matters.

AIADMK mouthpiece "Namathu Puratchi Thalaivi Amma" had days ago pointed out that the actor had praised late Chief Minister J Jayalalithaa for dealing with anti-social elements with an "iron fist."

Promoted
Listen to the latest songs, only on JioSaavn.com
"Superstar Rajinikanth has spoken frankly with conscience... he has endorsed Chief Minister K Palaniswami's statement that anti-social elements had infiltrated the protesters,"it said,adding the actor's remarks were "welcome."

DMK and other opposition parties in Tamil Nadu, however, had lashed out at Rajinikanth for his anti-socials comment.