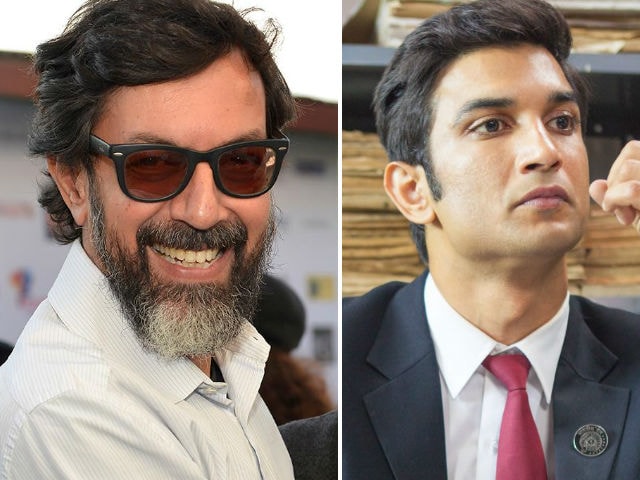 Sushant (R) in a still from Dhoni biopic. Rajat Kapoor (L) posted the image on Facebook.

New Delhi: Actor Rajat Kapoor was trolled on Twitter after he commented on actor Sushant Singh Rajput's looks in his latest film M S Dhoni: The Untold Story in which he plays the titular role. Mr Kapoor, whose comment was not received kindly by the Internet, later tweeted that the "lynch mobs" make it difficult to have an opinion on anything.

They will lynch you not only for political opinions- but for having ANY opinions at all! The lynch mobs are ready and willing- for any cause

The actor, who was last seen in Shakun Batra's Kapoor And Sons also reposted a troll's message and said:

a small sample.. randomly chosen.
These are not the best- by far, not the worst either.. https://t.co/9SV0MF6jRV

This was Mr Kapoor's conversation with Sushant, who plays Dhoni in the Neeraj Pandey-directed biopic, which led to the trolling:

Dhoni looks so much better than the actor who plays him..#fact

I Slogged a bit extra on my skills to compensate. If you get interested in that,pls do watch the film sir:) #facthttps://t.co/bfpM8vyk21

@itsSSR :))) I believe your performance is fab in the film.. and maan, your fan following is huge!! Best wishes, Sushant.

They are not my fans sir , I don't have many. They just like good films:)
Ps.- You were really good in Kapoor &sonshttps://t.co/591BWoly7W

Promoted
Listen to the latest songs, only on JioSaavn.com
Despite mixed reviews, Sushant's performance and the film in general received critical acclaim.

Sushant will be next seen in Dinesh Vijan's Raabta, co-starring Kriti Sanon. The film is produced by Homi Adajania.