Raj Kundra Shares A Video Of Daughter Samisha In Her "New Vehicle" Because... 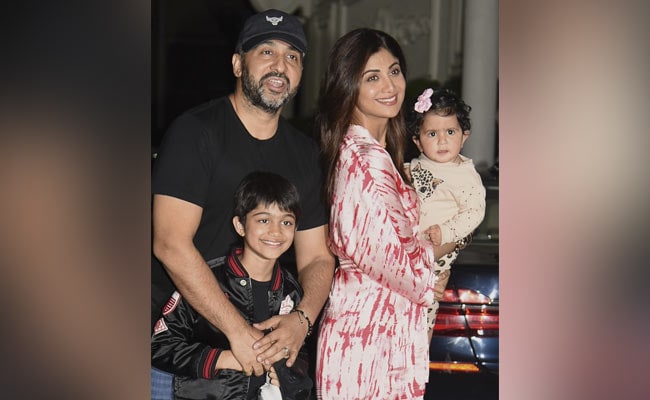 Shilpa Shetty and Raj Kundra with their kids. (Courtesy AFP)

Raj Kundra, days after criticising a report claiming that he bought his son Viaan an actual Lamborghini, posted an adorable video of his little daughter Samisha in her "new vehicle" and accompanied it with a satirical caption. In the video, baby Samisha can be seen playing in her toy car as Raj Kundra records a video of her. Sharing the clip, he made a reference to the now-deleted report which stated that Raj Kundra bought his eight-year-old son a Lambo whereas, it was actually just a toy car, and wrote: "Just thought of sharing the video of my daughter in her new 'vehicle' before tabloids claim I have bought a real one."

And now, check out Raj Kundra's tweet from last week, where he slammed the aforementioned report that was titled "Rs 54 crore Dubai home to Audi cars, 7 super expensive gifts Indian celebrity kids have got from their parents.":

https://t.co/MVe3fx8Z2U such a credible magazine but such a badly researched article! Kindly mention the Lambo was a toy Lambo car! #fakenews slow clap

In terms of work, Shilpa Shetty is making her comeback to films after a gap of 13 years with Sabbir Khan's Nikamma. She will also be seen in Hungama 2.