Raj Kundra On Divorce From First Wife: "Maintained My Silence For 12 Years But Enough Is Enough"

"She grew very close to my ex-brother-in-law, spending more and more time with him, especially when I was out on business trips," said Raj Kundra about his ex-wife 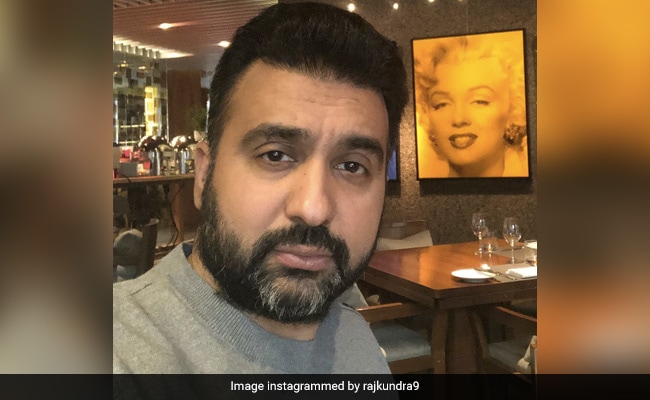 Businessman Raj Kundra, who is married to actress Shilpa Shetty, finally opened up about his divorce from his first wife Kavita in an exclusive interview with Pinkvilla. His interview arrived after an old video of his ex-wife blaming Shilpa Shetty for breaking their marriage resurfaced on the Internet. Raj Kundra and Kavita divorced in 2006 and he married Shilpa Shetty, who recently celebrated her 46th birthday, in 2009. Talking to Pinkvilla about the old video of his ex-wife Kavita, Raj Kundra said: "It's saddening a few days after my wife's birthday 11-year-old news goes viral again bringing up a half-baked story and forever trying to malign us. There is obviously some agenda. I have maintained my silence for 12 years but enough is enough now."

Raj Kundra claimed that his ex-wife was paid by media to "sell a so-called scandalous story." He said: "She got paid thousands of pounds to do this interview by News of the World. She sold her soul during our divorce; she had to present her bank statements and it was clearly mentioned she had been paid by the newspaper to sell a so-called scandalous story" and added: "She is blaming a celebrity for her broken marriage when she herself was the reason the marriage broke down."

In the interview, Raj Kundra also opened about the reasons why his marriage with Kavita ended. He said that Kavita "always brought the worst in him" and alleged that she was having an affair with his sister's husband when they lived in London. "She grew very close to my ex-brother-in-law, spending more and more time with him, especially when I was out on business trips. Many of my family and even my driver would say we sense something fishy between these two and I would never believe it. I gave my ex wife the benefit of doubt. I did everything I possibly could for both sides of the family because for me my side or her family is family, a principle I still follow today," he said.

Raj Kundra added that he got to know about his wife's affair after "his sister and her husband moved back to India" as Kavita and his brother-in-law were still in touch with each other. He said he also found out a cellphone hidden by Kavita in "her bathroom" and discovered the messages she had sent to his sister's husband at that time. "I recall how heartbroken I was and how I cried and cried thinking about what I had done to deserve this. I called and told my pregnant sister the phone number was Kavita's second secret phone and that I was going to drop her at her house and that was the end for me she could decide what she wanted to do."

Raj said he left Kavita at her parents' house in India after the birth of their baby girl without confronting her and added: "That was the last time for me when I left her and my baby; somewhere inside Kavita she also knew something was a miss. It was painful saying goodbye to my 40-day-old baby." He said he told her that he knew about her affair via a text after he flew back to the UK.

"Later when I met Shilpa via some common friends and my ex heard online about us going out she increased her divorce demands. She even sold a story for tens of thousands of pounds to a UK tabloid claiming Shilpa ruined her marriage to the press. As part of the divorce agreement that ran into crores, Kavita requested I stay away from our baby and that when needed my daughter would know where to find me. It was not fair on the child I agree but whenever we met we fought like cats and dogs she brought out the worst in me and we both agreed our daughter didn't need to be exposed to this side of us both. I knew she was financially well provided for but I do miss my daughter and I am sure she doesn't even know half of the story, god knows what all my ex-wife has fed her brain with. I tried to reach out to my daughter a few times but no one was willing to connect me. I should have tried harder but I guess I just moved on with my life in a new country," said Raj Kundra.

Raj Kundra said Shilpa Shetty has "really supported him during that emotional time of his life." He said he "has not been in touch" with his ex-wife since their divorce and when asked about Shilpa Shetty' reaction to the old video of Kavita that has resurfaced again, Raj said: "I was very angry. She again said ignore don't worry, but I decided enough is enough she is not even aware I have given this interview I am doing this because I think the truth finally needs to be told."