"Raise Your Hand If You Have Defeated The Undertaker": Umm, Sorry Akshay Kumar, We Meant The Real One 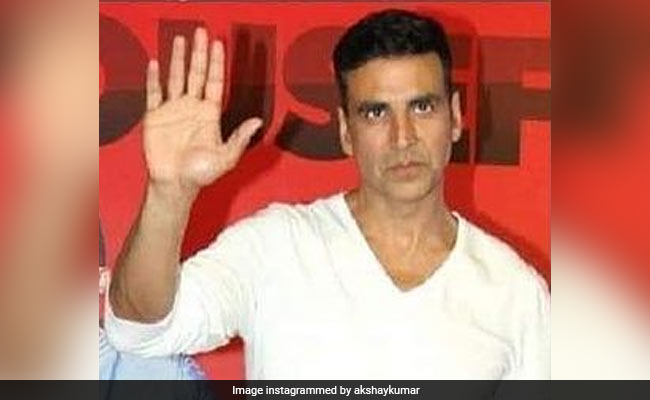 Akshay Kumar, a true blue khiladi, clocked 25 years of his film Khiladiyon Ka Khiladi in the most hilarious way. The actor shared a meme on his social media profile, which was with reference to the plot of the film. Akshay's character in the film defeats the renowned WWF player. The meme read: "Raise your hand if you have defeated the undertaker" and there was also a picture of Akshay Kumar raising his hand because he did defeat the Undertaker (not the real one of course) in the film, which was the fourth installment in the Khiladi series. Humour aside, Akshay Kumar in his post, did clarify that Brian Lee played The Undertaker in the film which also featured Rekha and Raveena Tandon.

Sharing the post, Akshay Kumar wrote: "A hilarious note to mark 25 years to the release of Khiladiyon Ka Khiladi tomorrow! A fun fact though: it was wrestler Brian Lee who played The Undertaker in the film." The comments section of Akshay's post was filled up with comments. "Wow," wrote Ayushmann Khurrana. "Last man standing," wrote Varun Dhawan. "Epic," added Karan Kundra.

In terms of work, Akshay Kumar has a super busy schedule in 2021. The actor recently shot for Atrangi Re with Sara Ali Khan and Dhanush. He will also be seen in Bell Bottom and Bachchan Pandey. He will also star in Prithviraj, which is a biopic of Prithviraj Chauhan. Sooryavanshi, which is Akshay Kumar's foray into Rohit Shetty's cop universe, is expected to release in theatres this year. The actor announced two new projects last year - Raksha Bandhan and Ram Setu. He was last seen in the horror comedy Laxmii.