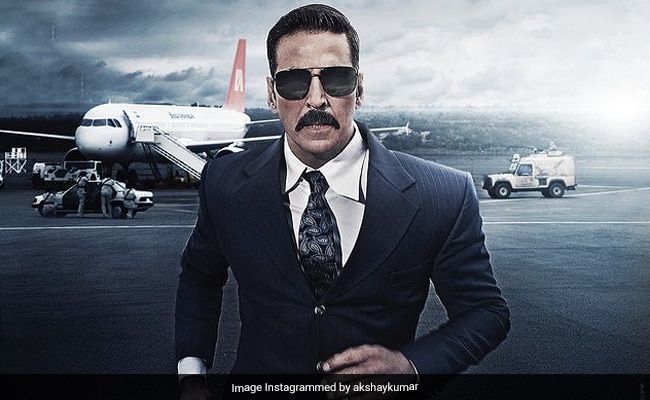 The makers of Akshay Kumar's upcoming film Bell Bottom have quashed the speculation of its release that has been doing rounds on the Internet. Various media reports are claiming that the Bell Bottom team is planning to release the film on OTT amid the coronavirus pandemic. However, the makers have issued a clarification about the film's release stating that "any announcement regarding the impending release of the film will be made by Pooja Entertainment at the opportune time". The movie is scheduled to be released on May 28 this year. On Saturday, trade analyst Taran Adarsh shared the official statement of Vashu Bhagnani's Pooja Entertainment and tweeted, "Official statement...#BellBottom... producers issue clarification... #AkshayKumar #VaaniKapoor #HumaQureshi #LaraDutta." The statement read, "Pooja Entertainment would like to quash all speculation in some sections of the media regarding the release of our upcoming film Bellbottom..."

An excerpt from the statement read, "Nobody other than Pooja Entertainment has the mandate to make any statements with regards to any development with the film. We would like to request the media to support us as you always have and refrain from publishing any information that is not officially communicated by us. Stay safe and mask up. Our prayers with one and all."

A report published in Pinkvilla on May 1 claims that the makers of Bell Bottom are in talks with Disney + Hotstar for its digital premiere. The report suggests that it is "unlikely for any film to arrive in cinema halls at least till July" as the Covid-19 cases are rising every day.

"The makers were all set for a theatrical release on May 28, but in current times, it's unlikely for any film to arrive in the cinema halls at-least till the month of July. The cases are on the rise every day and is showing no signs of slowing down. After multiple rounds of internal discussions, Bell Bottom team has initiated conversation with the digital giant, Disney+ Hotstar for a digital premiere," a source close to the development told the website.

The makers of Bell Bottom announced the film in November 2019. Akshay Kumar flew to the UK for the shooting in August 2020 and completed it in two months amid the coronavirus pandemic. In October last year, Akshay had shared the news on social media stating that he has wrapped up the shoot of Bell Bottom. Sharing the new poster of the film, he wrote, "Alone we can do so little, together we can do so much. Its teamwork and I am grateful to each and every member of the cast and crew. #BellBottomCompleted. Here's the poster."

After completing the film, Akshay also shared a picture with his Bell Bottom co-star Vaani Kapoor on Instagram. He wrote, "Mission accomplished! After a long but fruitful schedule, grateful to have shot and completed #Bellbottom during the pandemic! Now it's time to head back #JetSetGo."

Take a look at the announcements here:

I know there are enough memes out there about me clashing with myself one day but 22nd January, 2021 is not that day #BellBottom will now release on 2nd April, 2021!@ranjit_tiwari@vashubhagnani@honeybhagnani@monishaadvani@nikkhiladvani@EmmayEntertain@poojafilmspic.twitter.com/0Z3f5ZMa3q

Bell Bottom is a spy thriller set in the 80s. Akshay Kumar will play the lead role of a RAW agent in the movie. The film also features Vaani Kapoor, Huma Qureshi and Lara Dutta in key roles. It is directed by Ranjit Tiwari. Vashu Bhagnani, Jackky Bhagnani, Deepshikha Deshmukh, Monisha Advani, Madhu Bhojwani and Nikkhil Advani are co-producing the movie.