Rahul Vaidya Gets Death Threats For Religious Reference In Garbe Ki Raat, Is "Working Towards Rectifying It"

"We urge everyone who has taken offence to this to allow us a few days as the platform we have released the song on will take at least a few days to adjust the rectification," said Rahul Vaidya's team 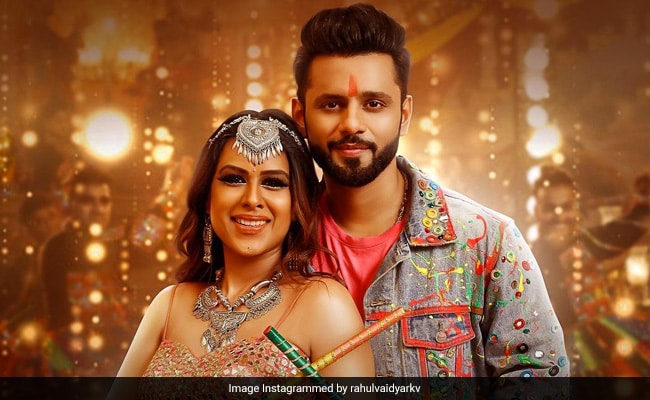 Singer and ex-Bigg Boss contestant Rahul Vaidya, who recently released the song Garbe Ki Raat, has received death threats over the mention of a certain deity in the song. Following the backlash from followers of Shri Mogal Maa, a Hindu goddess worshipped in Gujarat, the 34-year-old singer's team are working to get the reference "rectified." In a statement released by Rahul Vaidya's spokesperson, the singer's team said: "Yes, it's true these messages and calls have gone up in number since last night, the messages speak about having Rahul Vaidya killed, beaten and filing FIRs against him to have him arrested and so on... while we would like to maintain that the mention of the Deity was done with respect and did not mean to hurt anyone's sentiments," reported news agency ANI.

The statement added that the production team needs a few days for the change to reflect in the song Garbe Ki Raat, highlighting that the intention was not to hurt religious sentiments. "However, understanding the fact that the mention has not gone down too well with a certain section of people we respect that and are working to get it rectified at our level. We urge everyone who has taken offence to this to allow us a few days as the platform we have released the song on will take at least a few days to adjust the rectification. Rest assured we respect the emotions and sentiments of all those who have raised their concern and are diligently working towards rectifying it."

Garbe Ki Raat was released during Navratri - the song has been composed and sung by Rahul Vaidya. Garbe Ki Raat also has vocals by Bhoomi Trivedi. Rahul Vaidya, who also co-stars in the song, features with actress Nia Sharma in the music video.