Ragini MMS 2.2 Pic Gone Viral. Is That Karishma Sharma On The Poster? 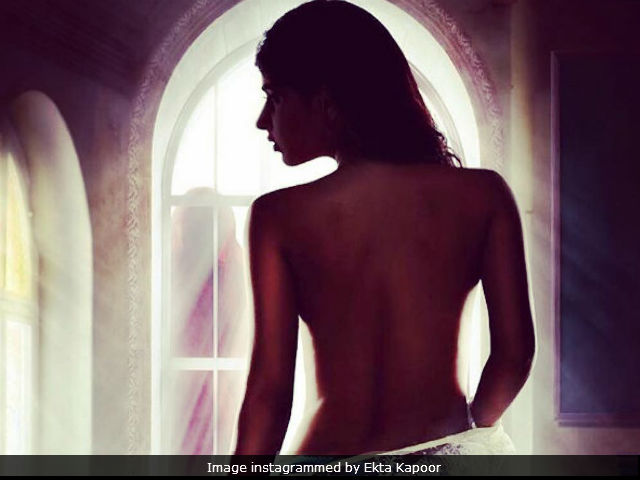 New Delhi: TV show director-producer Ekta Kapoor shared the first poster of her upcoming web series titled Ragini MMS 2.2, which will stream on ALTBalaji , on Instagram. In the bold poster shared by Ekta on Friday, the lead actress of the horror series can be seen. In no time, the picture, in which the actress's back can be seen, went crazy viral on the Internet and is featuring in headlines. Ekta has not revealed who the actress is but the Internet has claimed that it's none other than actress Karishma Sharma, who also reposted Ekta's post on her Instagram. The web series will be based on the sex thriller drama - Ragini MMS. Previously, Karishma featured on shows like Pavitra Rishta and Yeh Hai Mohabbatein.

Ekta captioned the picture: "Guess who is back and aah whose's back.Guess who's this bombshell?"

ALT Balaji also shared the poster on Twitter and wrote: "Sex meets horror. Does it ring a bell? Guess who is back.Stay tuned. Streaming soon."

Earlier in an interview with Bollywood Life, Karishma had said, "Yes, I am playing Ragini (onscreen name played in the Ragini MMS series). However, I cannot disclose more at this moment." The story will reportedly revolve around two girls, who witness eerie happenings in a deserted college. Later, the two reportedly find a scandalous MMS CD which holds the key to the mystery.

Promoted
Listen to the latest songs, only on JioSaavn.com
Ragini MMS released in 2011 which featured Kainaz Motivala and Rajkummar Rao while its sequel released in 2014 featured Sunny Leone and Saahil Prem.

The makers of the film claim that the first instalment of the franchise was based on found footage format and the second part was in continuation with the first.