Riya Sen stars in Ekta Kapoor's web-series, which is an adaptation of the Ragini MMS series 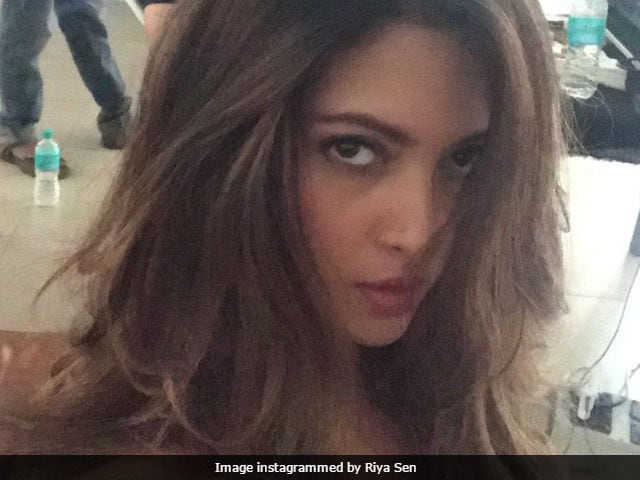 Riya Sen on the sets of her TV show. (Image courtesy: Riya Sen)

New Delhi: Actress Riya Sen has joined the cast of Ekta Kapoor's upcoming web-series (a television adaptation of the Ragini MMS series) and the 36-year-old actress told Indian Express she's quite 'excited about the project.' But more about that later because this story is about what Riya Sen has been instagramming from the sets of the show. Riya Sen, known for her role in films like Jhankar Beats and Apna Sapna Money Money, has posted several pictures from the sets, some of which feature the show's director of photography Anubhav Bansal. Riya used several interesting hashtags (some are #shootme and #shoot2kill) to describe the mood on the sets and in one picture she blatantly stated: "I'm not feeling very worky today." Did the showrunners pay heed? We think not. Here's a glimpse of Riya Sen's latest Instagram updates.

Meanwhile, talking about working with Ekta Kapoor's ALTBalaji on the web-series, Riya told Indian Express: "Three years back I've wanted to venture into the web-series department and way many more years than that I've wanted to be associated with Ekta Kapoor . Now working with both, I feel elated and more involved than ever." The horror web-series stars Karishma Sharma as Ragini while not much about Riya Sen's role has been disclosed.

Promoted
Listen to the latest songs, only on JioSaavn.com
Riya Sen debuted on the big screen in Tamil film Taj Mahal while Style (2001) was her first Bollywood film. Dil Vil Pyar Vyar, Dil Ne Jise Apna Kahaa, Plan and Shaadi No. 1 are among her other popular films. Riya was last seen in short film Lonely Girl.

Riya Sen is the daughter of actress Moon Moon Sen and her sister Raima is also an actress.