Race 3 Actor Bobby Deol: 'Was Very Normal About Stardom, Wished I Had Noticed It'

Bobby Deol said, "I wish I knew that I had reached the level up with two-three movies but I never realised that" 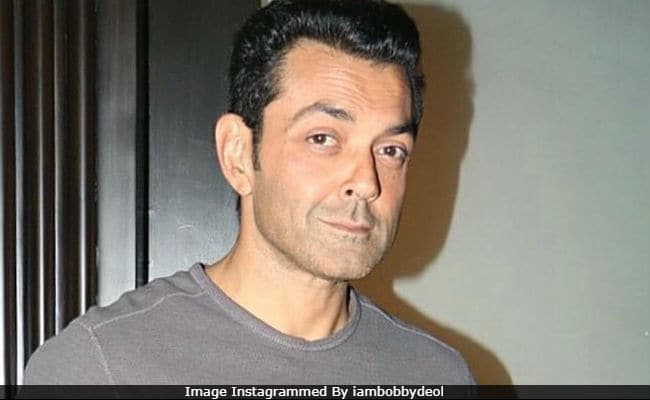 New Delhi: Actor Bobby Deol, who stars in the much-awaited Race 3, headlined by Salman Khan, said he wished he had 'noticed his stardom,' reports news agency PTI. Bobby Deol, 49, had made his debut in 1995 with the blockbuster film Barsaat and soon starred in several other hit films in the 90s. "I wish I knew that I had reached the level up with two-three movies but I never realised that. I never understood that I had reached a certain level of stardom. I was very normal about it. I wish I had noticed it. Maybe that would have made me focus about not losing it. I should have been more attentive towards it," Bobby Deol told PTI.

Bobby Deol had earlier also opened about his low phase and said that it was Salman Khan and his family who helped him overcome it. Bobby Deol is the son of veteran actor Dharmendra and his elder brother is actor Sunny Deol.

Gupt: The Hidden Truth, Soldier, Ajnabee and Humraaz are some of Bobby Deol's best-known work till date.

"I never thought people were competing with me. I was like everybody deserves work and why should I come in their way. But things had changed, everybody was going to the producers' office to get work, which could have been mine. I did not realise that and slowly started losing. I wish I had realised then. I wish I had a better physique but it is never too late," he added.

In 2013, Bobby Deol had signed up for Yamla Pagla Deewana 2 with Dharmendra and Sunny Deol. After four years, he made a comeback with Poster Boys, which was a failure at the box office.

A few days ago, it was reported that Salman had auditioned Bobby Deol for Race 3 on one condition - "shirt utarega?." Of being part of the film, he told PTI, "For someone who is starving for work, what better can happen in his life than a big franchise film. Now the negativity will not take away my desire to work. Salman is a big star and still he has a fire, Anil (Kapoor) has tremendous energy. My dad is 82 years old and he wants to work every day of his life, even my brother. I don't know why I did not take that positiveness from them."

After Race 3, we will see Bobby Deol in Housefull 4 and he will also collaborate for an untitled film with Salman.

Directed by Remo D'Souza, Race 3 hits the screens on June 15.