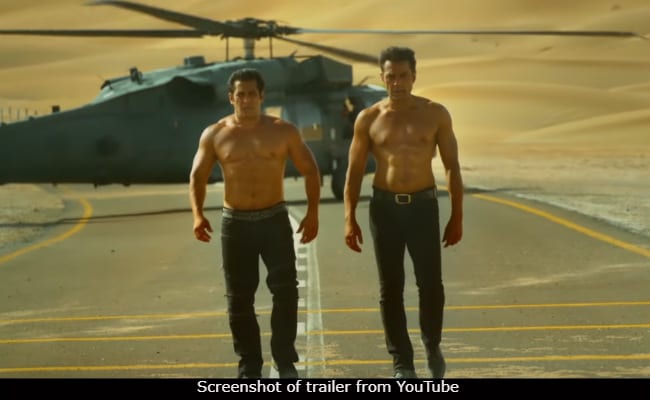 New Delhi: It was hard to miss Bobby Deol and Salman Khan, both shirtless, making an entry together in the Race 3 trailer. In an interview with mid-day, the 49-year-old actor revealed how that happened and more importantly, how Race 3 happened. It appears that Salman was the one to take his first audition (of sorts) and all he needed was an answer to this question: "Shirt utarega?" LOL. Speaking to mid-day, this is what Bobby Deol said: "One day, Salman called me and said, 'Mamu, shirt utarega?' I told him I am ready to do whatever he wants me to." Bobby Deol features as one of the antagonists and plays the role of Yash in Race 3 and was introduced as the "main man" by Salman Khan on Instagram.

Talking about his experience of meeting Salman ahead of Race 3, the actor said he was invited to his place for lunch after they had a chat on phone. "The next day, he invited me over for lunch. I was incredibly nervous. In fact, before I sat down to have the meal with Salman, I excused myself to go to the washroom and I was so nervous that I couldn't even find the tap," mid-day quoted Bobby Deol as saying.

Under Salman's guidance, Bobby Deol began training with the superstar's fitness instructor Rakesh Udiyar: "After Salman Khan made me realise that I should take better care of my body, I started training with Prashant Sawant. Once I signed Race 3, I was training with Salman's fitness coach and his assistant, Prajwal."

Promoted
Listen to the latest songs, only on JioSaavn.com
Bobby Deol said he was roped in for Race 3 at a very crucial juncture in his career: "Salman called me at a time when I was focussing on my career again. I am hungry for more work and hopefully, things will turn around," he said. Bobby Deol was last seen in 2017's Poster Boys, which turned out to be a box office dud, just like his previous releases.