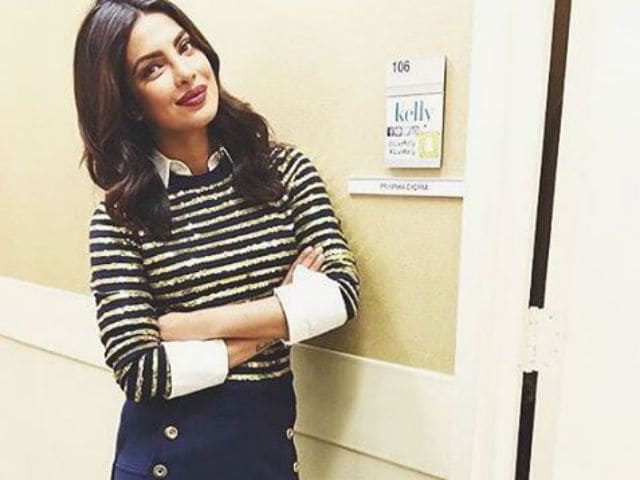 New Delhi: Global icon Priyanka Chopra, who has already once been on the popular chat show Live With Kelly, shot for an appearance on the show yet again.

Soaked in excitement about the positive reviews of her ongoing second season of American thriller Quantico, the 34-year-old actress was a vision in a striped golden shirt and a blue skirt by Michael Kors, reports Pinkvilla.

Later, the Mary Kom actress, on her official Instagram account, shared a boomerang video of herself dressed in fall wear.

Promoted
Listen to the latest songs, only on JioSaavn.com
Priyanka will next be seen in Baywatch alongside Dwayne Johnson, Zac Efron, Ilfenesh Hadera, Alexandra Daddario and many others.