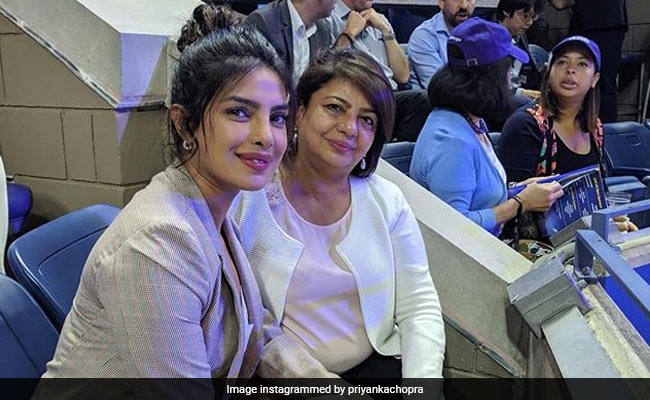 Priyanka with mom Madhu Chopra at US Open (courtesy priyankachopra)

Amazing to watch @serenawilliams at her 100th US Open win! Legend! Also always a fun time with this girl @madhumalati!

Nick Jonas, who is currently busy with the ongoing Happiness Begins tour with the Jonas Brothers, missed the US Open date with Priyanka Chopra. But at the tennis tournament last year, it was a major fam-jam for the 37-year-old actress. She enjoyed the US Open not only with Madhu Chopra and Nick Jonas but also with Sophie Turner and Joe Jonas. "It's a fam-jam at the US Open," Priyanka had written.

Meanwhile, Priyanka Chopra's work roster is getting busier every day. After her December wedding last year, Priyanka didn't announce any new film until she joined Shonali Bose's The Sky Is Pink. She also has two Netflix projects in the line-up - she will star in the superhero movie We Can Be Heroes and has also been roped in for the movie adaptation of The White Tiger, in which she co-stars with Rajkummar Rao.