In May, Priyanka Chopra posted a congratulatory note for new parents Meghan Markle and Prince Harry on social media 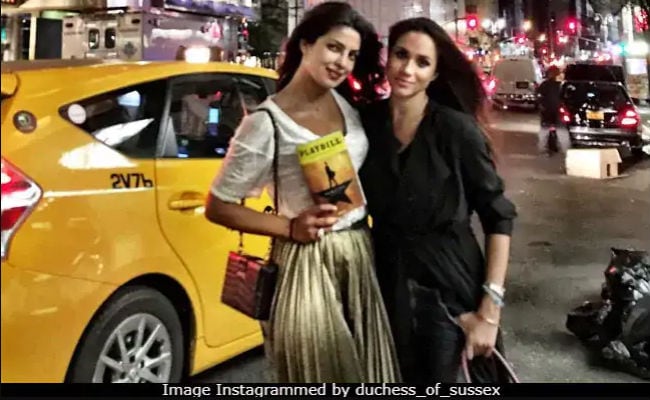 Priyanka Chopra and her husband Nick Jonas visited her friend Meghan Markle and her baby boy Archie recently, reported The Sun, and the report added that Priyanka Chopra gifted baby Archie a sterling silver bubble blower - apparently worth £235 - from Tiffany. A source close to the Duchess of Sussex told The Sun: "They (Priyanka and Nick) thought baby Archie was just adorable and Meghan is loving her new life. She looked fantastic and has taken to life as a mum swimmingly." In May, after Meghan Markle and Prince Harry announced the birth of their son, Priyanka Chopra posted a congratulatory note for the new parents on social media. Priyanka wrote in an Instagram story, "Congratulations M&H." She also added a heart GIF to her story. 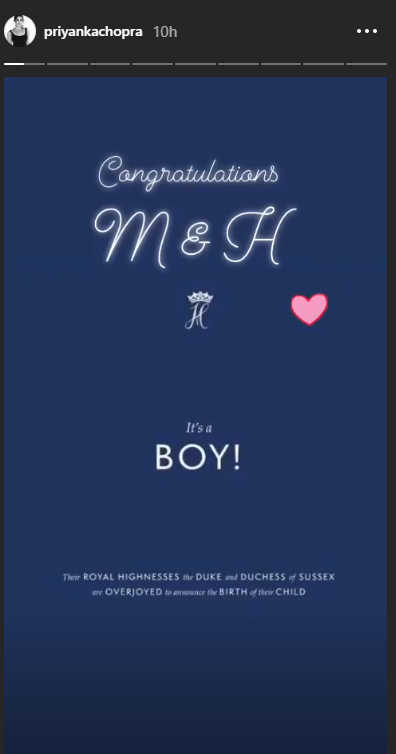 Priyanka Chopra and Meghan Markle have been friends since 2016 when they both featured in hit American TV shows Quantico and Suits, respectively. Priyanka also attended Meghan Markle and Prince Harry's wedding at Windsor Castle at the United Kingdom in May last year. However, Meghan Markle did not attend Priyanka's wedding to Nick Jonas in December 2018, a source told Page Six that Priyanka was "crushed."

It was also reported that due to their alleged falling-out, Priyanka skipped Meghan's baby shower in New York. However, earlier this year, Priyanka laughed off rumours of a feud, saying on an international chat show, "Oh my God, no it's not true," reported Elle.

On the work front, Priyanka Chopra's upcoming film is The Sky Is Pink with director Shonali Bose while she has also signed up for a project with Mindy Kaling.