"I hope hers is as amazing as she wants it to be," said Priyanka Chopra 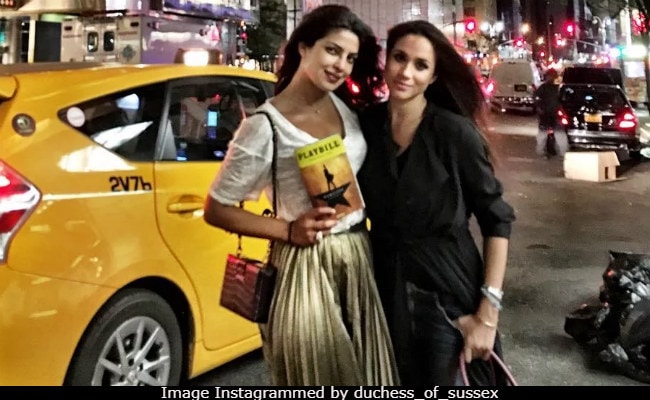 British Royals Prince Harry and Meghan Markle are expecting their first baby and the duchess' close friend Priyanka Chopra is 'really excited' for her pregnant friend. "I would, as a friend, just say that I'm really excited for her," Priyanka told People at the recently held JBL Fest in Las Vegas. Priyanka Chopra, who recently confessed her desire to 'catch up' with her friends having babies, also said: "I think this is a new phase in every woman's life," adding: "and I hope hers is as amazing as she wants it to be."

Ahead of this, Priyanka was asked about the Meghan Markle on the red carpet of the Golden Heart Awards when she told E! News: "I'm super excited. A few of my friends are having babies, so, this is that time, I guess - I'm having baby fever now." Priyanka Chopra is engaged to Nick Jonas and the couple are reportedly heading towards a November wedding.

On the work front, Priyanka Chopra is currently busy with the next schedule of Shonali Bose's The Sky Is Pink. Priyanka also has films such as Isn't It Romantic and a Kid Like Jake in the pipeline. After quitting Bharat, Priyanka is also said to have come on board for Chris Patt's Cowboy Ninja Viking.