Priyanka Chopra On Salman Khan's Bharat Comments: 'Would Have Had A Reaction If It Was Required'

"The only thing I would say that is if there was a reaction required, you'd have had it by now," said Priyanka Chopra 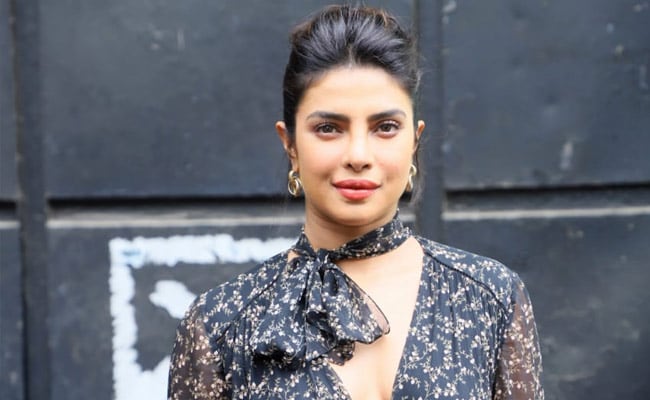 Priyanka Chopra is in Mumbai for The Sky Is Pink promotions

Busy star Priyanka Chopra, who is currently busy with the promotions of The Sky Is Pink, has no time to look back. In an interview with Mumbai Mirror, Priyanka was recently asked what she has to say about the many things Salman Khan said after her exit from Bharat, when the actress told the publication: "The only thing I would say that is if there was a reaction required, you'd have had it by now." Priyanka, who has worked with Salman before, said all is A-OK with Salman and that there's never been any strain in her rapport with him: "Salman is amazing. I've always admired him. He came for Nick and my reception, we went to his house. I'm really close to his sister (Arpita Khan). So, there's never an issue with him."

Last year, when Priyanka quit Bharat just days before the movie was to go on floors. Katrina Kaif was roped in to fill the vacant spot. In several interviews leading up to the film's release, Salman told the press that Priyanka had called up Arpita multiple times asking to be cast in Bharat. Salman also said that his first preference for the Bharat role was Katrina but since they had just starred in Tiger Zinda Hai together, director Ali Abbas Zafar wanted a heroine opposite Salman.

Speaking at an event in May this year, Salman told IANS: "Initially, Priyanka was very keen to do this film. Ali (director Ali Abbas Zafar) and we all thought it was Katrina Kaif's film. But Katrina and I did Tiger Zinda Hai just before that and Ali said that we need a girl who is 'hindustani'."

"I tried telling him, 'Why can't she (Katrina) pull off this role? She has been living in India for the last 20 years.' But then Ali said, 'Priyanka ka phone aaya tha... (we got a call from Priyanka)' and it is also true that Priyanka and my sister Arpita Khan are good friends."

Describing Priyanka's exit as "embarrassing", Salman added: "After all this, the 'Nick story' happened, the embarrassing thing happened and she chose to get married."

Meanwhile, speaking to Mumbai Mirror, Katrina said she wasn't aware of who exactly was the first choice for Bharat: "I am unaware of who was selected before me for Bharat. Ali Abbas Zafar had spoken to me regarding the script and role of Bharat when I was shooting Tiger Zinda Hai with Salman Khan."

Priyanka Chopra's The Sky Is Pink releases on October 11. She also has two Netflix projects - We Can Be Heroes and The White Tiger. Priyanka will also star in a wedding comedy with Mindy Kaling.