Salman Khan: Priyanka Chopra Left Bharat While Many Would Leave Their Husbands For It

"I had told Priyanka that we will adjust the dates for her," said Salman Khan 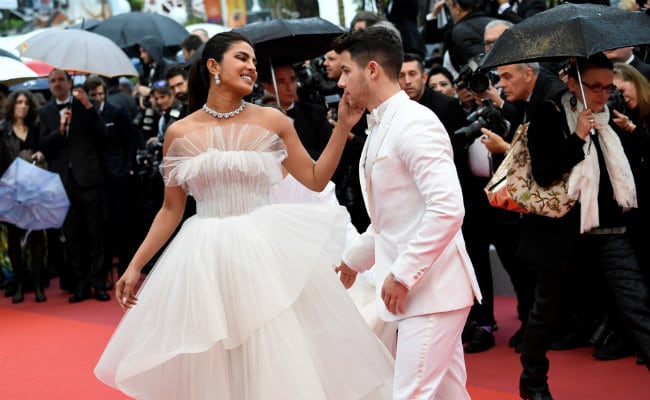 It's been almost a year that Priyanka Chopra opted out of Bharat and looks like Salman Khan is still isn't over it. In the months that followed after Priyanka's exit, the 53-year-old superstar made sarcastic comments on the actress' prioritising her wedding over his film and though he reiterated that "it's okay", his underlying tone suggested otherwise. Now, a report in Mumbai Mirror states that Salman Khan has more to say about Priyanka's exit from Bharat. Salman, who was massively criticised for his 'raped like a woman' comment, ended up saying this recently, reported Mumbai Mirror: "While many would give anything for the film or maybe even leaving their husband, Priyanka left the film."

Priyanka Chopra and Nick Jonas had a destination wedding in Udaipur in December last year. The couple recently attended the Cannes Film Festival together.

Mumbai Mirror also reported Salman thanking Priyanka - "Thank you, Priyanka! I will always be thankful to her" - for Katrina Kaif's casting in the film: "Now, if Priyanka hadn't left Bharat, how could we have brought Katrina on board?"

Salman Khan, who had previously claimed that Priyanka had asked his sister Arpita Khan Sharma to help her score a role in Bharat, said: "...even after the release of the trailer, Priyanka didn't call me." Salman also said that he couldn't make Priyanka change her mind: "I had told Priyanka that we will adjust the dates for her. She said that she isn't sure how much time she needs for the preparation of her wedding."

In previous interviews, even if not in as many words, Salman made it evident that Priyanka had hit a nerve. He told news agency ANI: "If she does not want to work with Salman Khan, it's okay; she's working with a big hero in Hollywood," hinting at rumours that she has bagged a role in a Hollywood film with Guardians Of The Galaxy star Chris Pratt. Earlier this year, Salman trended for a callous comment on Priyanka's association with dating app Bumble: "Why does she need that now?" Priyanka is an investor for Bumble India.

Busy star Priyanka Chopra is currently working for a project in Ethiopia as UNICEF Goodwill Ambassador.