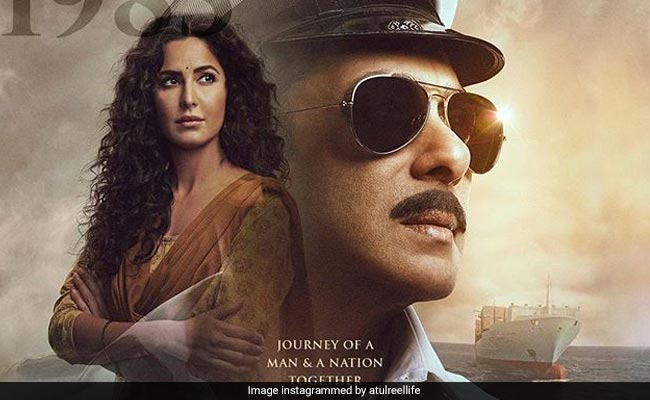 A day after Bharat director Ali Abbas Zafar told news agency PTI that all was well between him and Priyanka Chopra after she quit the project months before it went on floors, the film's lead actor Salman Khan made an oblique remark about the actress deserting the project at the eleventh hour. Speaking during a Twitter live session, along with Ali Abbas Zafar and Katrina Kaif (who filled in for Priyanka), Salman Khan said: "Yes, Katrina Kaif worked really hard to prepare for the role. If only Priyanka Chopra gave us more time..." At this point, Ali Abbas Zafar, who was also moderating the chat cut in and said: "Next Question..."

#TeamBharatOnTwitter is now Live! Thank you for all your questions, watch to find out if we pick yours! https://t.co/GTGFIrceDi

Speaking about preparing for the role Kumud Raina, Katrina Kaif said during the chat: ""I had two months to prepare for the role and I worked extremely hard. Ali was very, very clear at least about the look of the character and once we cracked the physicality and hair, it was a big help for us. The character was extremely well written, very strong, a woman fighting in a man's world. Once the structure was in place it was about putting as much preparation and reading the scenes and rehearsing with Ali and my coach was helping me too."

Priyanka Chopra was announced as the heroine of Bharat in April 2018 but she quit the film three months later. She quit the film as the shooting schedule clashed with her wedding dates. Speaking about Priyanka's exit, Ali Abbas Zafar told PTI: "Priyanka understood it and we understood her. We thought we will collaborate again in some other film. It was all very happy."