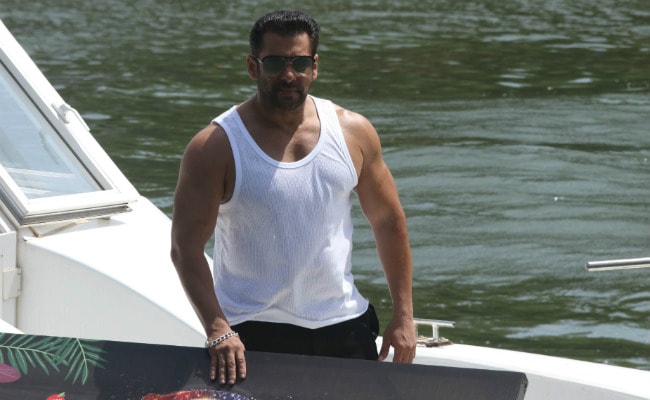 Remember Salman Khan mentioning that Priyanka Chopra was signed for Bharat after she requested director Ali Abbas Zafar that she be cast in it? Now, a Bombay Times report quotes Salman saying that the 36-year-old actress not only rang up the director but also got in touch with Salman's sister Arpita Khan Sharma as she wanted to be cast in Bharat. Talking about Priyanka's exit from Bharat at a recent event in Goa, Salman told Bombay Times: "It must have been very difficult for her to make this decision because she was very keen to work on this project. She has called up Arpita a thousand times, saying, 'I want to work with Salman'. She has even called up Ali (Abbas Zafar) and told him, 'See if you can get me something in this film'."

Speaking to Bombay Times, Salman also said that he offered to work out the dates keeping Priyanka's engagement and an impending wedding in mind but the actress appeared to have had made up her mind: "She was getting engaged and I told her, 'If you are getting engaged, what's the need (of exiting the project)?' Then she said, 'Shaadi karni hai', to which I said, 'Toh shaadi kar lo'. Priyanka's work was for 75-80 days. Shaadi ke liye chaar din ka preparation, aur chaar din ki shaadi, aath din ke andar ho gayi aur phir uske baad honeymoon. So, we said we will work it out. But she was very clear that she didn't want to be a part of the film."

Meanwhile, Priyanka's engagement to Nick Jonas was not said to be the only reason for her exit from the movie. She also apparently jumped on board for her fourth Hollywood film Cowboy Ninja Viking, in which she co-stars with Guardian Of The Galaxy's Chris Pratt. "Not doing this had to be because of the wedding or because she doesn't want to work with me anymore. It could also be because she doesn't want to work in humari industry (Bollywood) or wants to work only in Hollywood. Whatever she wants to do, I wish her all the best in life. We are glad that she is engaged and happy," Salman added in his interview to Bombay Times.

Katrina Kaif has now replaced Priyanka in the movie. Salman had previously mentioned that Katrina was producer Atul Agnihotri's "first choice" for Bharat's female lead, something which he reiterated in this interview: "Atul and baby's (Salman's sister Alvira Khan's) first choice was Katrina. But since Ali and Priyanka have worked together, Ali wanted to work with her, because she told Ali that she wanted to work in the film."

Since Priyanka's exit, Salman has indeed insisted that "it's okay" but the underlying tone may have suggested otherwise: "I am really happy for her. Had we known earlier that she has signed a big film in Hollywood, we would have never stopped her," he told news agency PTI previously.

Directed by Ali Abbas Zafar, Bharat is all set to hit screens on Eid next year. Ahead of that, Salman Khan will return to host the new season of Bigg Boss, which begins on September 16.