Salman Khan's Unfunny Joke On Priyanka Chopra's Dating App Bumble: 'Why Does She Need That Now?'

Would Salman Khan have said this about a married male star investing in a dating app? 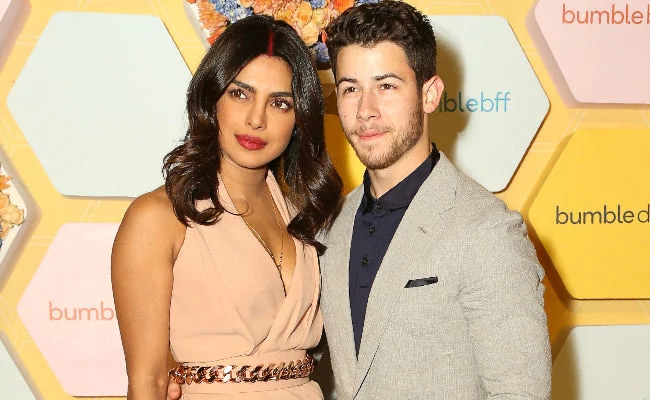 Superstar Salman Khan appears to have learnt few lessons from his infamous 'like a raped woman' comment a couple of years ago. If his remarks then were outright insensitive and sexist, his recent comment on the dating app Priyanka Chopra has invested in is no less insulting, despite being disguised as a joke. At an event to promote his new production Notebook, Salman was asked if the film would connect with an audience now increasingly fed on dating apps such as Tinder, and the topic of Priyanka introducing Bumble in India cropped up. "Why does she need that now?" said Salman Khan, reports SpotboyE.

The inference is clear - why does Priyanka Chopra need to concern herself with a dating app now that she's married? Salman Khan, 53, could probably have not put it more baldly than a neighbourhood aunty done out of a matchmaking opportunity. We would venture to suggest that neither Salman nor aunty would have asked the same question, even in jest, had a married male star invested in Bumble instead of Priyanka. Gender has everything to do with Salman's misjudged quip - unless he was deliberately using the opportunity to sneak in a mean jibe at the actress who quit his new film Bharat.

Last year, Priyanka Chopra exited Bharat (a role she bagged after she called Salman's sister Arpita, he claims) amid much controversy. While it seemed at first that Priyanka's impending wedding to Nick Jonas was the reason she bowed out, unconfirmed reports later suggested she had quit in favour of a Hollywood film opposite Guardians Of The Galaxy star Chris Pratt. Salman's own responses indicated that Priyanka had hit a nerve: "Whatever may be the reason - be it marriage or picture or her not being willing to work in India or with me, it's her reason and we are really supportive about her doing good work. If she does not want to work with Salman Khan, it's okay; she's working with a big hero in Hollywood," he said, as was reported by news agency ANI.

Salman Khan is, as already discusses, no stranger to being criticised for what he says. Last year, he was slammed for saying "I'm not aware of this" when asked about the #MeToo movement raging through Bollywood. His controversial rape comment in 2016 prompted massive backlash and was taken up by women's rights bodies.

Bumble, which was recently made available in India, was originally launched in 2014 and is a location-based app that helps people connect over dating interests or professional requirements. Priyanka Chopra, who has been associated with several social causes for years (Priyanka is UNICEF's goodwill ambassador for child rights), aims to make a social impact on companies founded by women. Priyanka also promotes regional cinema via her production house Purple Pebble Pictures.

Priyanka Chopra married Nick Jonas last year in a big fat wedding in Jodhpur. She currently divides her time between professional commitments in USA and India.