"It doesn't hurt. But it upsets your planning," Atul Agnihotri on Priyanka Chopra's exit from Bharat 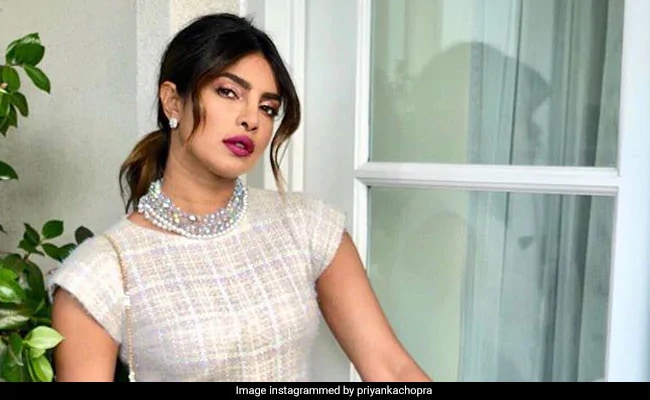 Priyanka Chopra's exit from Salman Khan's Bharat was abrupt for co-producer Atul Agnihotri, who told Pinkvilla in an interview that the 36-year-old actress "still hasn't" texted him after she quit the film. "Priyanka still hasn't texted me. She never spoke to me about walking out of Bharat. It was a message I received on the set. I was like, 'It's okay, yeh ho gaya. But let's now fix it'. The news came to me via people," he was quoted as saying. Priyanka Chopra shares an excellent relationship with the Khans, especially Salman Khan's sister Arpita, with whom she frequently catches up when in Mumbai. After Priyanka quit Bharat, Salman Khan issued strong statements in several viral interviews. Initially, he claimed that Priyanka called Arpita up regarding the casting in an interview. Later, he said, "It's OK if she doesn't want to work with me," reported news agency ANI.

Speaking about Priyanka Chopra's exit, Atul Agnihotri told Pinkvilla: "It doesn't hurt. But it upsets your planning. It's a Salman Khan film so the timing of the information left us a little unsettled for a bit. But we are fortunate to have friends and supporters who know that our only intention is to make a great film. Whoever saw that and came on-board, their contribution is priceless. It can't be reciprocated in words."

Priyanka Chopra quit Bharat three months after she came on board for the project as the dates of the film's shooting schedule clashed with the dates of her wedding to Nick Jonas. It was also reported that Priyanka quit the film as she had signed a movie opposite Hollywood actor Chris Pratt. At that time, Salman Khan told ANI: "Had we known earlier that she has signed a big film in Hollywood, we would have never stopped her. My shooting had begun. We got to know about her decision of leaving the film at the end moment - just 10 days before her schedule... If she does not want to work with Salman Khan, it's okay; she's working with a big hero in Hollywood."

Though Priyanka's exit from the film has left many fans disappointed, Bharat director Ali Abbas Zafar maintained that all is well between him and the actress. Earlier, Ali Abbas Zafar told news agency PTI: "Priyanka understood it and we understood her. She was going through something very special in her personal life. It was affecting our dates... we will collaborate again in some other film. It was all very happy."

Bharat, which also stars Tabu, Disha Patani, Sunil Grover and Jackie Shroff, is a remake of the 2014 Korean drama Ode To My Father. The film will release on Eid this year.