Bharat: After Salman Khan's Comments On Priyanka Chopra, Katrina Kaif Says She Was 'Unaware' Of First Choice For Her Role

"I am unaware of who was selected before me for Bharat,"said Katrina Kaif 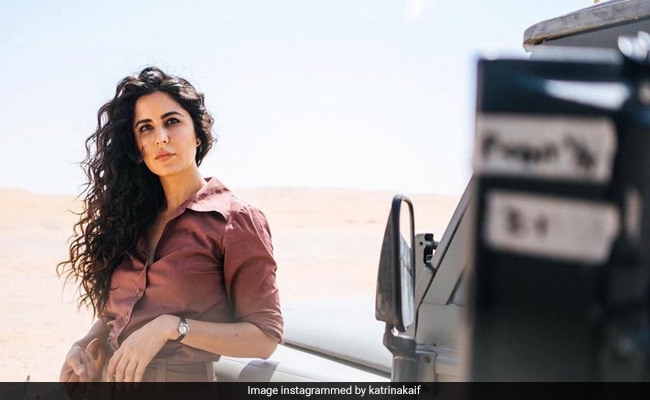 Katrina Kaif in a still from Bharat (courtesy katrinakaif)

Days before Bharat's release, Katrina Kaif told Mumbai Mirror in an interview that she's not certain if Priyanka Chopra indeed was the first choice for the role she plays. The 35-year-actress added that she was told about the role during the shooting of Tiger Zinda Hai, which released in December 2017. "I am unaware of who was selected before me for Bharat. Ali Abbas Zafar had spoken to me regarding the script and role of Bharat when I was shooting Tiger Zinda Hai with Salman Khan," Mumbai Mirror quoted her as saying. Salman Khan recently said at an event: "Initially, Priyanka was very keen to do this film. Ali (director Ali Abbas Zafar) and we all thought it was Katrina Kaif's film," reported IANS.

When asked about Priyanka's exit from Bharat, Katrina said that "if" Priyanka was indeed ever on board, she must have quit for a worthy reason: "Everyone has a different perspective of looking at things. I cannot be in every Salman Khan film. If Priyanka was chosen for this role then she had her own reasons for not doing it." Katrina's claimed ignorance about the now infamous Priyanka Chopra exit is suspicious given that it was made very public - Priyanka released a statement in April 2018 saying she was "looking forward to working with Salman again" and director Ali Abbas Zafar announced the actress' departure officially in a tweet about Priyanka quitting in the "Nick of time" (Priyanka married Nick Jonas some months later). It means that Katrina would also have had to miss Salman Khan's many comments about Priyanka opting out of Bharat.

Speaking to Mumbai Mirror, Katrina Kaif added: "The equation of being the first or second choice doesn't seem relevant to me at all. It's also not about anyone's ego." We couldn't agree more.

A year ago, Priyanka was replaced with Katrina as Salman's Bharat co-star. Since then, it appears that the 53-year-old superstar hasn't been able to stop talking about it. In the previously mentioned IANS interview, Salman said: "Look, Priyanka did the right thing. She did what she wanted, and Katrina got what she deserved." He also claimed that Priyanka called up his sister Arpita Khan Sharma several times in desperation for the Bharat role. Salman has recently been slammed by singer Sona Mohapatra for his comments on Priyanka.