Priyanka Chopra Is Selfie-Ready And Concert-Ready In Mexico New Delhi:
Priyanka Chopra, who is currently in Mexico, treated her Insta family to a stunning picture of herself. In the image, the 40-year-old actress can be seen in a black ensemble and matching sunglasses. She has accessorised her look with a golden chain and sports pink lips. Sharing a gorgeous selfie, she wrote, "It's a GO," followed by a heart emoticon. The actress is in Mexico City to attend Jonas Brother's Remember This tour. Soon after she shared the post, her fans flooded the comment section with heart and love-struck emoticons.

Earlier, she shared a picture of her access pass and captioned it as: "Let's goooo." 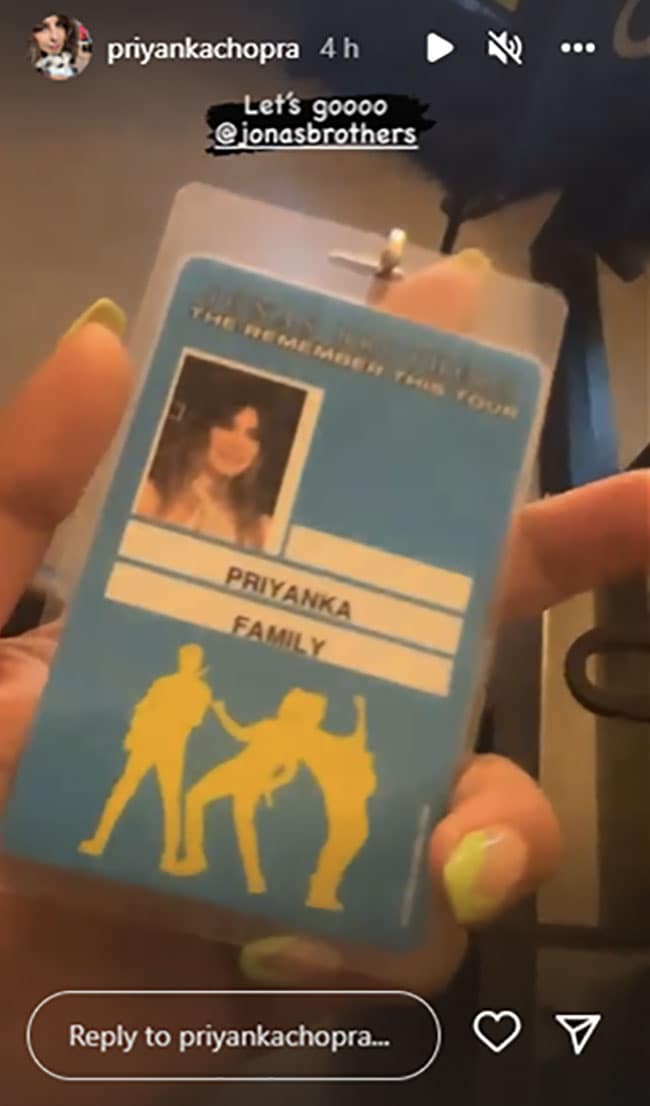 On Tuesday, Nick Jonas offered a glimpse of his first day in the city. The singer shared a picture with his wife Priyanka Chopra on his Instagram handle. In the image, the couple can be seen sitting across a table, posing for the camera. Priyanka looks stunning in an all-black outfit paired with matching chunky boots, while Nick, on the other hand, looks uber cool in a floral print yellow shirt paired with a white t-shirt and brown pants. He also shared a solo picture of himself holding a coffee cup.

In the captions, Nick Jonas wrote, "Mexico City night 1". Check out the post below:

On Monday, Priyanka Chopra shared a picture of snacks she has been bingeing since she arrived in Mexico. Sharing the post, she wrote, "When in Mexico, eat Mexican snacks. Jonas Brothers in Mexico City tonight." Here, have a look: 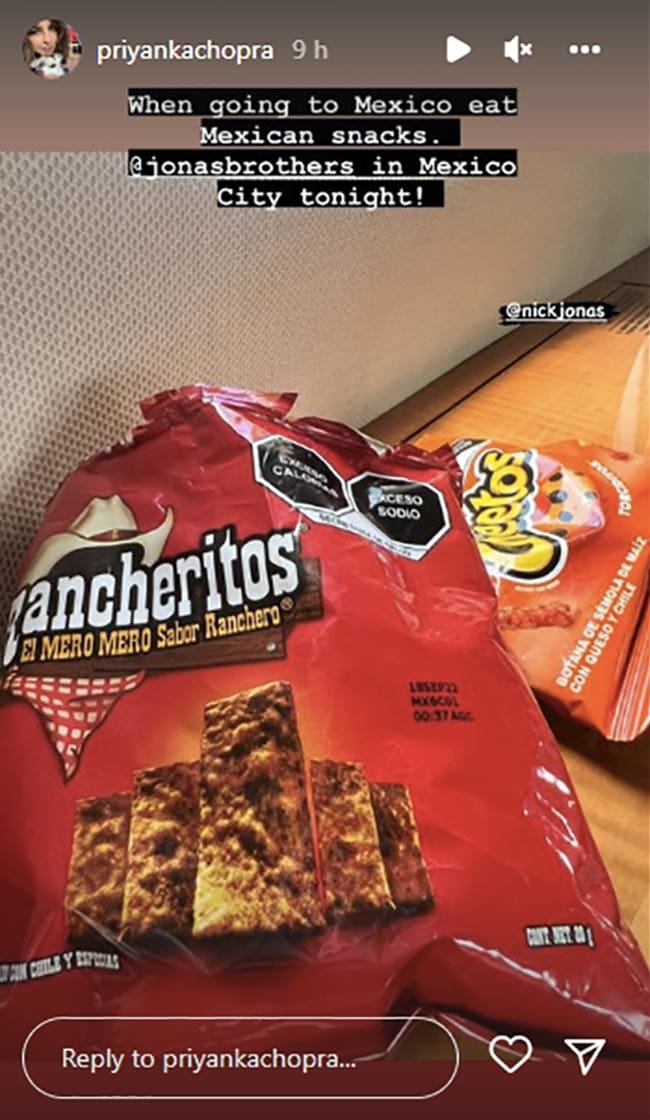 Priyanka Chopra and Nick Jonas got married in 2018, and now they are parents to daughter Malti Marie Chopra Jonas. They welcomed their daughter in January 2022 via surrogacy. On Sunday, the actress shared a video of her daughter enjoying the Bollywood song Genda Phool from the movie Delhi 6. Sharing the post, she captioned it as: "Saturday mornings be like..."

Meanwhile, on the work front, Priyanka Chopra was last seen in Matrix 4. Next, she will be seen in Russo Brother's upcoming web series Citadel, which will stream on Amazon Prime Video. She also has It's All Coming Back To Me and Farhan Akhtar's Jee Le Zaraa.