Priyanka Chopra photographed with Nick Jonas outside her house.

Priyanka Chopra and Nick Jonas' wedding celebrations started with a puja at Priyanka's Mumbai home on Wednesday. The actress wore an embroidered pastel blue suit while her fiance complemented her in a pink kurta. Nick's brother Joe Jonas and his actress fiancee Sophie Turner, who arrived in India on Sunday night, also attended the pre-wedding puja. The Game of Thrones actress also opted for a traditional Indian outfit for the ceremony. Pictures of the quartet exiting the Juhu bungalow amid tight security hit the Internet and instantly went crazy viral. Priyanka and Nick Jonas, along with their families, will soon leave for Jodhpur, where they will get married on December 2.

For now, take a look at Priyanka Chopra and Nick Jonas after the puja at her home. 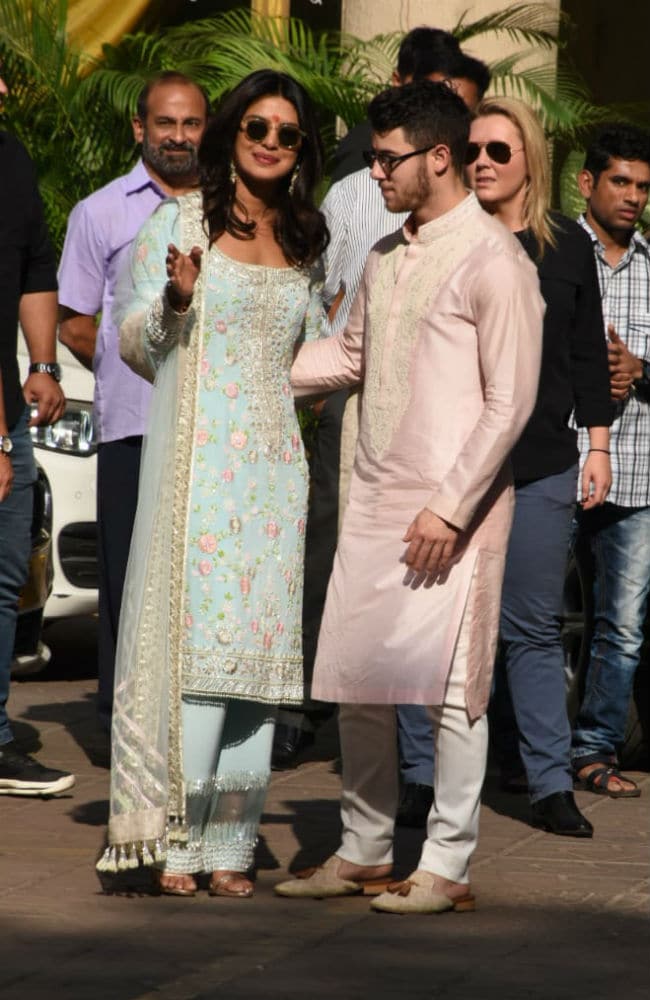 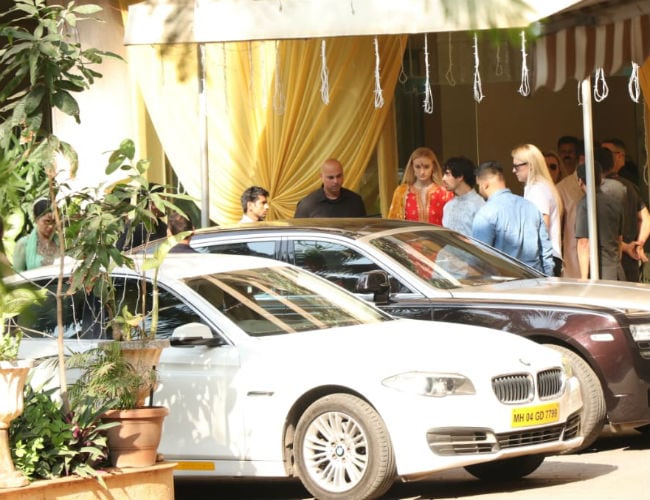 Priyanka Chopra recently returned to Mumbai from New Delhi, where she was filming The Sky Is Pink. Nick Jonas arrived in India in time to celebrate Thanksgiving with Priyanka in Delhi and the couple then travelled to Mumbai. After the arrival of Joe and Sophie, the two couples along with Priyanka's cousin Parineeti Chopra and some other friends partied in Mumbai.

Here's a picture of the group, shared by Priyanka on Instagram.

Priyanka Chopra and Nick Jonas' pre-wedding ceremonies will begin from November 29 in Jodhpur's Mehrangarh Fort. As per previous media reports, a sangeet ceremony, a mehendi function and a Christian wedding is on the schedule line-up. On December 2, Priyanka and Nick will get married as per Hindu rituals in the Umaid Bhawan Palace.

Gear up for dhaamkedaar pictures from the Chopra-Jonas wedding.